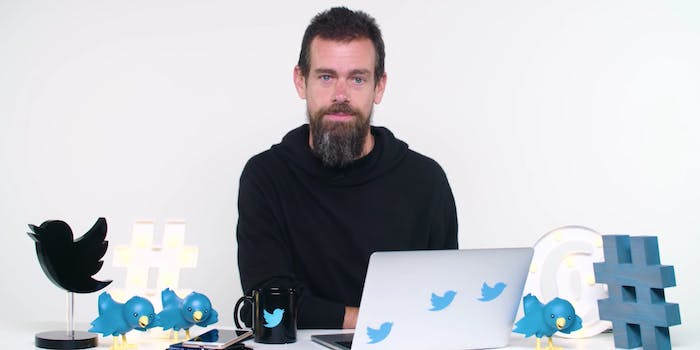 Twitter's decision to block the link has riled up conservative lawmakers.

Twitter announced on late Thursday that it would be updating its hacked materials policy in response to outcry over its ban of a story from the New York Post.

Vijaya Gadde, a policy executive with Twitter, stated that the change came after the company received “significant feedback” over its decision to block an article related to Democratic presidential nominee Joe Biden and his son, Hunter Biden.

“Over the last 24 hours, we’ve received significant feedback (from critical to supportive) about how we enforced our Hacked Materials Policy yesterday,” Gadde tweeted. “After reflecting on this feedback, we have decided to make changes to the policy and how we enforce it.”

Twitter had cited its policy when blocking the story, which included private photos of Hunter Biden as well as supposed emails detailing alleged corruption on behalf of the former vice president.

Experts were immediately skeptical of the story given that much of the data, which was supposedly discovered on a damaged laptop that was given to the Post by President Donald Trump’s personal lawyer Rudy Giuliani, could not be independently verified.

Twitter’s initial decision to ban the story, based partly on the mysterious origins of the emails and photos, only served to amplify it further. This led to widespread complaints from conservatives that the tech giant was attempting to protect Biden ahead of the 2020 election.

Twitter ultimately concluded that “unintended consequences to journalists, whistleblowers and others” could occur as a result of the policy’s current wording, Gadde wrote.

“We put the Hacked Materials Policy in place back in 2018 to discourage and mitigate harms associated with hacks and unauthorized exposure of private information,” Gadde added. “We tried to find the right balance between people’s privacy and the right of free expression, but we can do better.”

Moving forward, Twitter says it will no longer remove hacked content “unless it is directly shared by hackers or those acting in concert with them.”

Instead of blocking links like it did with the Post‘s story, Twitter will now provide context by adding labels to certain tweets.

Twitter CEO Jack Dorsey also reiterated the company’s plans to no longer block certain links and instead use labels to inform users.

“Straight blocking of URLs was wrong, and we updated our policy and enforcement to fix,” Dorsey tweeted. “Our goal is to attempt to add context, and now we have capabilities to do that.”

Twitter stressed its other rules regarding hacking still apply, “such as our rules against posting private information, synthetic and manipulated media, and non-consensual nudity.”