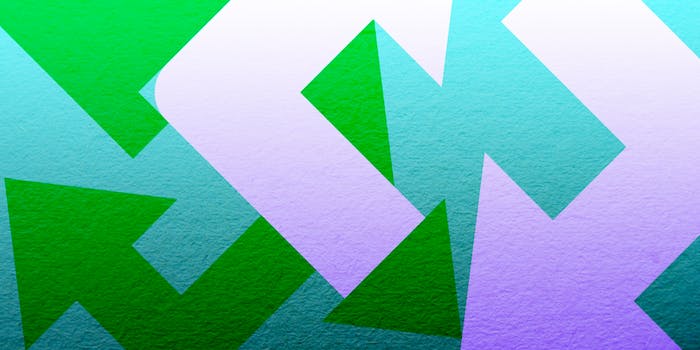 You are vast. You contain multitudes.

It’s often hard to condense thoughts into 140-characters, but Twitter’s limit is mandatory.

A few clever people avoid the limit by screenshotting entire paragraphs and sharing them as a photo, and there are services like TwitLonger that create links to longer tweets. But for people who struggle with brevity and would rather stick to text without third-party services, one musician found a way to circumvent the pesky character count.

Jay Stansfield was promoting his new album on Twitter, when he discovered that by using dashes “-” instead of spaces between words and putting “.com” at the end of the tweet, you can share an unlimited number of characters. Because Twitter automatically shortens URLs of any length to just 22 characters so you have room to share them with commentary, you can turn any sentence connected by “-” with .com at the end into a link.

Your words won’t be visible in the tweet itself, and the fake URL obviously doesn’t lead anywhere. Followers must hover their cursor over the link to view the tweet as a tooltip, that little preview box that appears and displays a preview of the entire link. 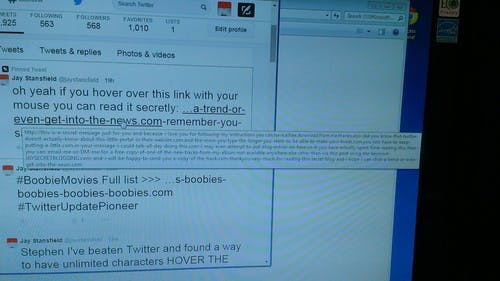 It’s not a perfect workaround—the tooltip only appears when you use Twitter for Web, not on mobile or third-party services like TweetDeck. However, it’s helpful for people who are limited to text either because don’t have the capabilities to screenshot and share text as photos in tweets, or they’re using Twitter via SMS and want to save space.

And that is just one more little way you can fight “the man.”