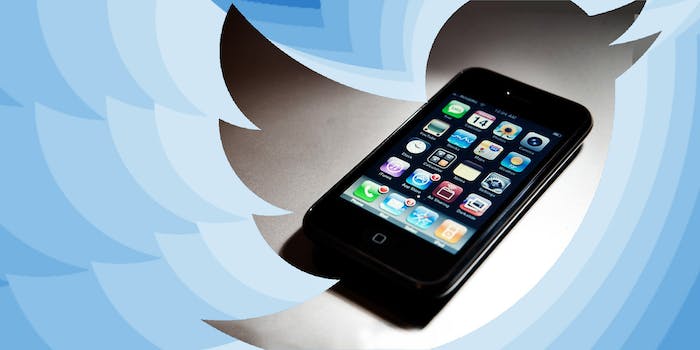 It's happening by default. Here's how to stop it.

Twitter just announced wants to “help build a more personal… experience for you,” providing you with a “tailored experience” as you use the wildly popular micro-blogging platform’s mobile app.

What this means in practice is that Twitter plans to target you even more accurately with ads—and in order to do this, it wants access to see all the apps you’re downloading.

The “app graph” will also be used to improve suggestions on “who to follow,” and adding “content to your timeline that [Twitter] thinks you’ll find especially interesting,” but it still amounts to a sudden data grab that many are viewing as overly intrusive.

Luckily, if you don’t want Twitter seeing every app you install, there’s a way to opt-out.

It’s important to note that while the “feature” is on by default, it hasn’t yet been rolled out for all users. So if you can’t see the options below then it simply means your app usage isn’t currently being tracked—though that won’t mean it won’t be in future. You’ll have to keep checking back to see when the tracking feature is automatically turned on and pushed to your account.

And that’s it! No more snooping on by Twitter. Now just don’t look into what data Uber’s harvesting unless you want to get very worried.