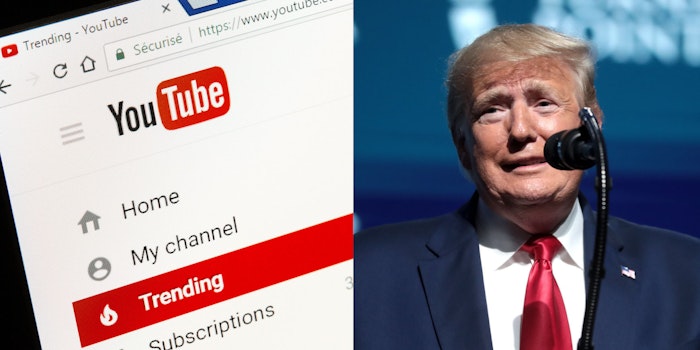 Here’s why Trump is all over YouTube this week

If you’ve headed over to YouTube over the past few days, you may have noticed President Donald Trump in a prominent spot on the site.