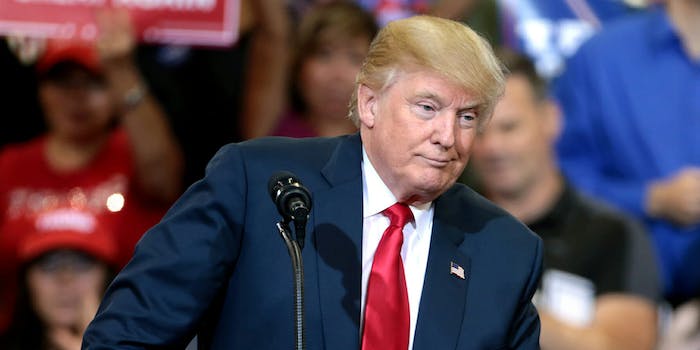 Report: Trump used a fake name to get on the Forbes 400 list

Trump has reportedly used the false identity in the past.

A former reporter at Forbes says that now-President Donald Trump used his “John Barron” fake name to lie about his wealth in an attempt to get on the Forbes 400 list in the 1980s.

Jonathan Greenberg, the reporter at Forbes, wrote about how Trump used his alter ego when discussing the list–which shows the richest people in America–in an article published by the Washington Post. The story has audio of Trump posing as “John Barron,” telling Greenberg that “most of the assets have been consolidated” to Trump.

Greenberg says in the first Forbes 400 list in 1982, the then-real estate mogul was listed at $100 million but “Trump was actually worth roughly $5 million.”

Speaking with CNN on Friday, Greenberg said he should have “never” been put on the Forbes list.

“He figured out what he had to do in order to deceive me and get onto that list. And he did it very well,” Greenberg said on CNN’s New Day. “And he maintained that persona of just sort of talking about his assets without any sense of debt and lying about it.”

The now-president has used the “John Barron” or “John Miller” alter ego in the past, according to reports–including when he posed as a spokesperson for himself when discussing the New Jersey Generals in the United States Football League in 1985.

You can read all of the Washington Post‘s story about the alter ego and Forbes 400 here.