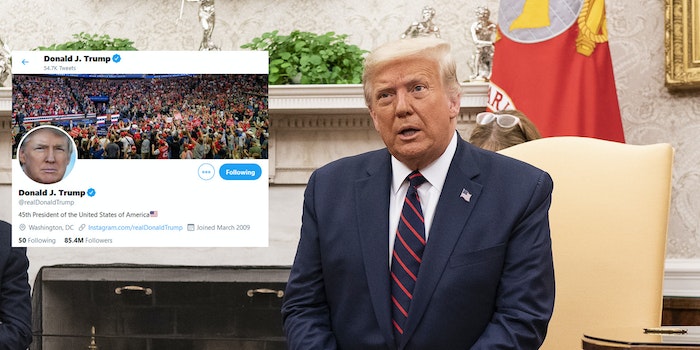 A court upheld a decision that he couldn't block critics last year.

President Donald Trump’s administration is asking the Supreme Court to decide whether the president can block critics on Twitter after courts have ruled that he can’t.