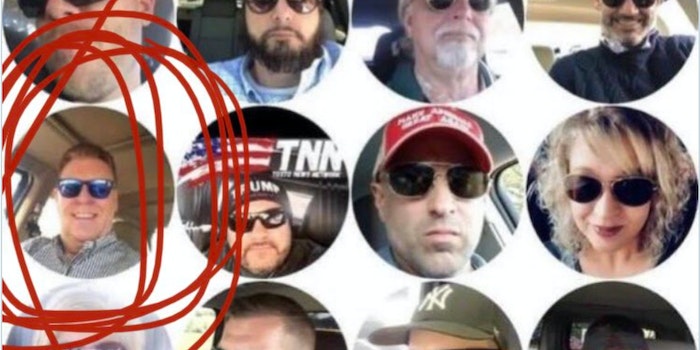 While the online drama is fun, it would appear the 'Trump supporter' is a troll.

One alleged supporter of President Donald Trump is very upset about being included in a collage of sunglasses-wearing white Trump supporters online.