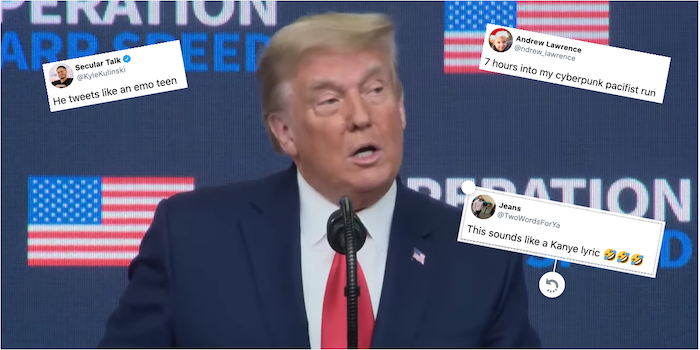 Trump drops his most emo tweet ever, gets memed hardcore

Trump wants to Saves the Day.

President Donald Trump tweeted about saving the world from “killing itself” on Friday morning and Twitter couldn’t help but meme it.