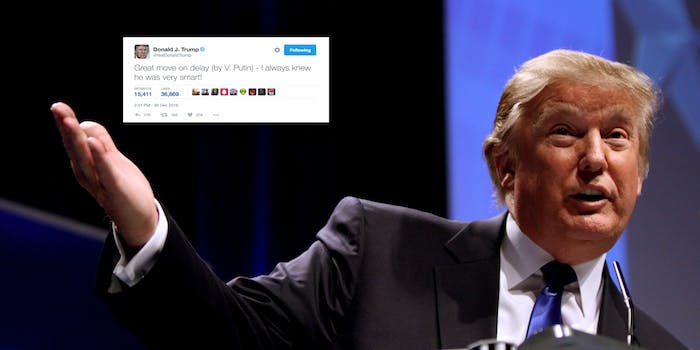 Trump got a little cheeky with this one.

The statement, in typical Trump style, came via Twitter.

Great move on delay (by V. Putin) – I always knew he was very smart!

Trump calling Putin “V. Putin” mimics the Russian president’s statement earlier on Friday, which disparaged the Obama administration’s “irresponsible diplomacy” and said his government planned to wait for “the policies that the administration of D. Trump will pursue.”

The unilateral methods Obama used to impose the sanctions and diplomat expulsions allows Trump to largely overturn those actions when he takes office on Jan. 20.