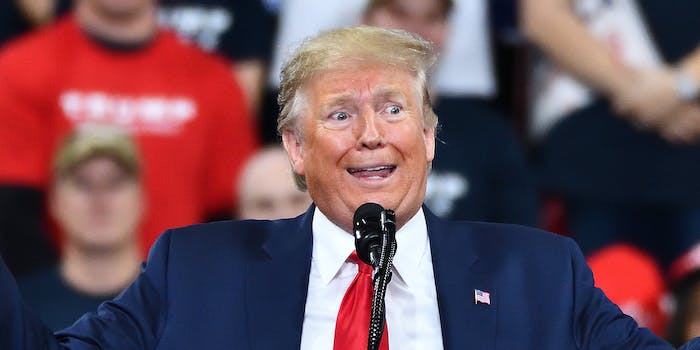 Trump gets booed after saying he got a COVID booster

The former president received a negative response during a speaking event in Texas.

Former President Donald Trump was booed by a crowd in Texas on Sunday after admitting to receiving a COVID-19 booster shot.

During an appearance in Dallas with former Fox News host Bill O’Reilly, the duo, on the final stop of their four-day “History Tour,” drew the ire of the crowd at the American Airlines Center after advocating for the vaccine.

“Both the president and I are vaxxed,” O’Reilly began. “Did you get the booster?”

Trump’s response was immediately met with disdain by many of those in attendance, leading the former president to push back on the negative reaction.

The moment was just one of several in which Trump defended vaccination throughout the evening. Prior to being booed, Trump took credit for saving “tens of millions worldwide” by creating the vaccine.

The former president, as noted by Rolling Stone, even suggested that opposing the vaccine only served to bolster his liberal opponents.

Trump also promoted numerous conspiracy theories including the false claim that the 2020 presidential election had been stolen. He even went as far as to defend the Capitol riot on Jan. 6 as a protest against the so-called “rigged” election.

Attendees at the event also included members of Negative48, a QAnon offshoot that made headlines in early November after arriving in Dallas due to the belief that John F. Kennedy Jr. would rise from the dead to rule the country alongside Trump.