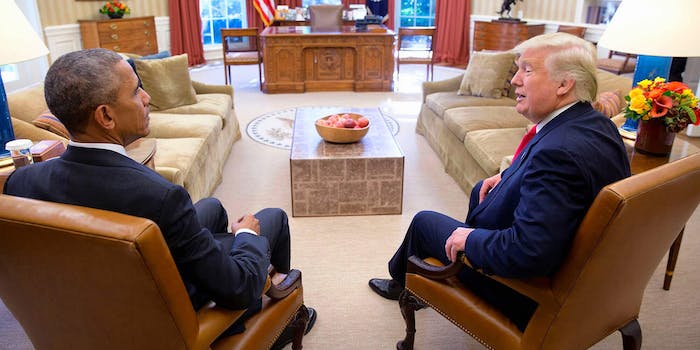 As they say, there really is a tweet for everything.

President Donald Trump is being accused of hypocrisy for a 2014 tweet in which he criticized his predecessor for golfing during a global health crisis.

The tweet resurfaced this weekend as Trump headed to one of his private golf courses in Virginia amid the ongoing coronavirus pandemic.

In the tweet, Trump attacked Obama for choosing to golf during the Ebola outbreak, which ultimately led to two deaths in the U.S.

“President Obama has a major meeting on the N.Y.C. Ebola outbreak, with people flying in from all over the country, but decided to play golf!” Trump tweeted at the time.

The tweet quickly garnered widespread attention from the president’s critics.

Others highlighted previous comments from Trump in which he repeatedly suggested that if he became president he would be far too busy to golf.

Trump’s golf trip was even used by former Vice President Joe Biden as part of a campaign ad for his 2020 presidential run.

“Nearly 100,000 lives have been lost, and tens of millions are out of work,” a tweet from Biden’s account said. “Meanwhile, the president spent his day golfing.”

Trump’s trip this weekend was his first to a golf course in 75 days, the longest time he has gone without golfing so far during his presidency.

The president earlier this month told reporters that he’d “really like to play golf but it’s too busy right now.”