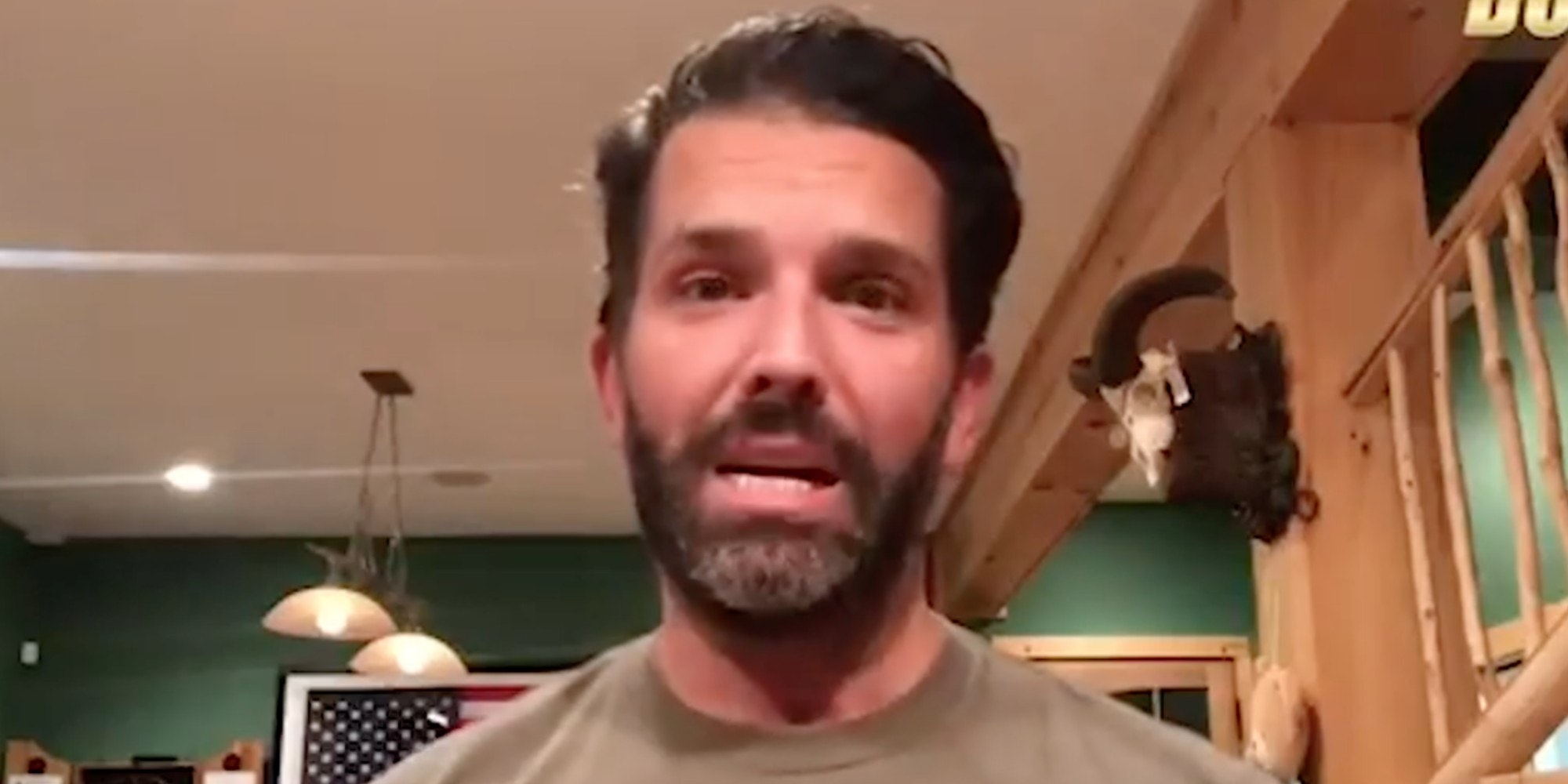 The president's son addressed the rumors while self-isolating in his cabin.