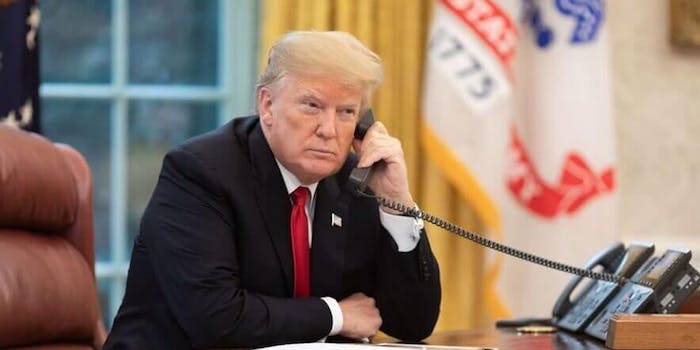 Trump lashes out at General Motors over ventilator production

They have a history.

Today, President Donald Trump lashed out at General Motors over the price and delivery date of ventilators the company is making to treat critical coronavirus patients.

Since the coronavirus outbreak began in the United States, General Motors has been among companies scrambling to find ways to pitch in. Earlier this week, the president threw them all for a loop by tweeting he’d given them the “go ahead” to make ventilators. GM and others were already working on repurposing factories for ventilators, according to Bloomberg, which is a complex engineering feat.

Now the president is peeved that it isn’t happening fast enough or at the price he wants.

This is far from the first time Trump has tweeted about the iconic American automobile maker. Trump and GM have a Miley Cyrus and Liam Hemsworth type of relationship: on-again, off-again.

Things get particularly heated whenever the subject of the Lordstown manufacturing plant comes up.

During the 2016 campaign, Trump made the plant a focus of his promise to help blue-collar workers by keeping manufacturing jobs stateside. After he was elected, he returned to give a speech in which he told workers, “Don’t move. Don’t sell your house.”

The plant closed for good in 2019. This has chafed Trump ever since.

In his tweetstorm today, Trump again brought up the Lordstown plant, demanding the company open it.

Trump later said that the government had purchased ventilators from companies but did not announce if possible future General Motors ventilators were involved.