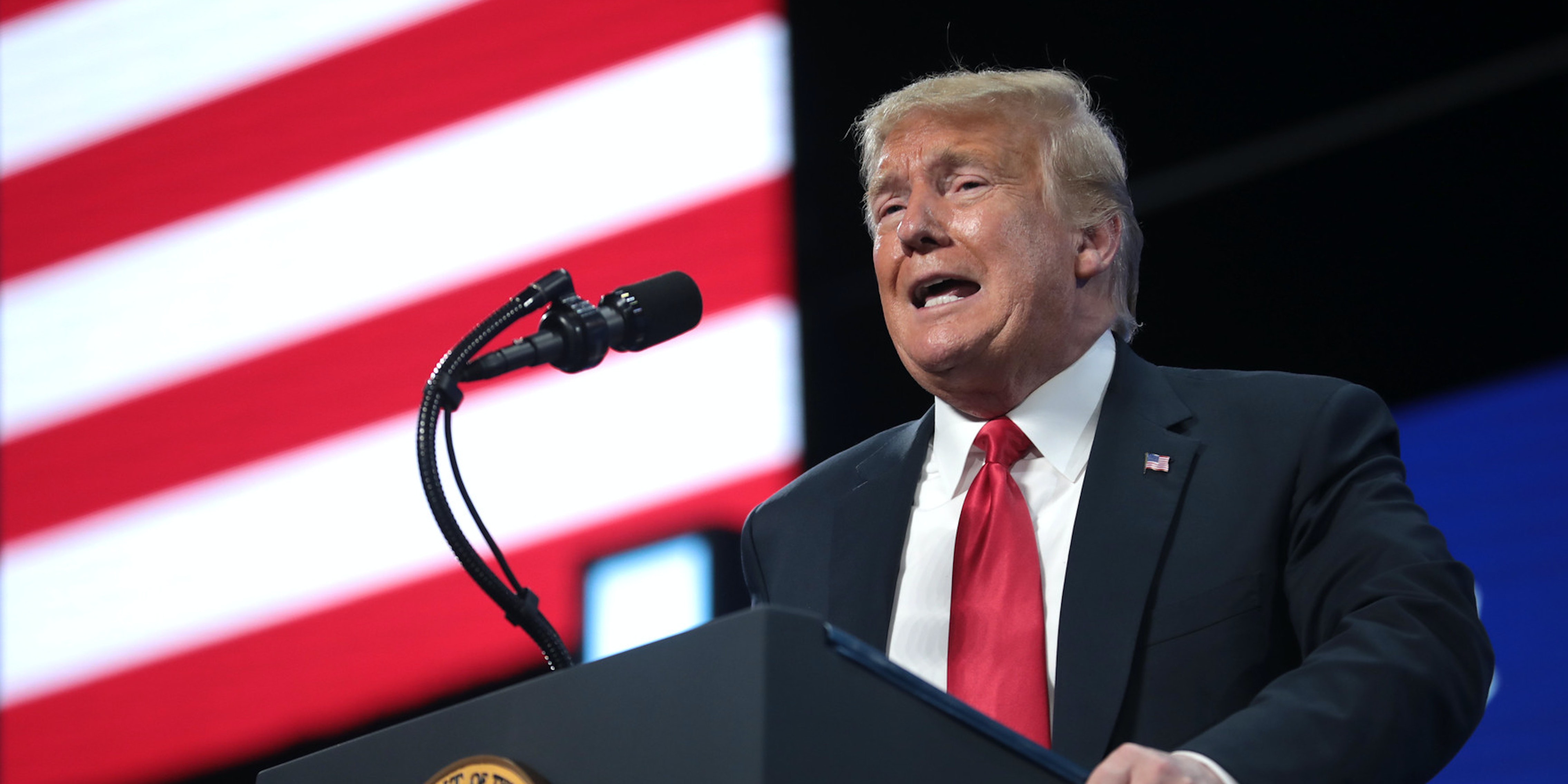 Facebook says Trump can come back—as long as he doesn’t do another Jan. 6

Meta, the parent company of Facebook, announced today that after an over two-year ban, former President Donald Trump will be reinstated on its platforms.

The ruling comes after Trump announced his intention to run for president again in 2024.

“We’ve always believed that Americans should be able to hear from the people who want to lead the country,” said Nick Clegg, Meta’s president of global affairs, according to Axios.

Trump was not immediately reinstated, although he is expected to be allowed back on the platform in the coming weeks.

There is, however, one big caveat to him being allowed to post on two of the world’s largest platforms, where he has a combined 50 million-plus followers.

Trump was suspended in the wake of the Capitol riot after major social media platforms deemed he’d used them to stoke violence and insurrection against the government.

If he begins posting again on Instagram and Facebook, Meta’s two primary platforms, and uses them to do another Jan. 6, he’s out.

“We just do not want—if he is to return to our services—for him to do what he did on January 6, which is to use our services to delegitimize the 2024 election, much as he sought to discredit the 2020 election,” Clegg said, according to Axios.

The platform also said that while it wouldn’t necessarily be an automatic ban if Trump posted QAnon adjacent-content, his account’s reach might be restricted.

“Oblique references to QAnon content, for instance … is the kind of material that—even if it’s done obliquely, and doesn’t violate our community standards—we would seek to restrict the distribution of the content and/or restrict his ability to advertise,” Clegg said.

Trump has already been reinstated on Twitter by Elon Musk, although he’s yet to post there. Reporting by Rolling Stone indicates he is planning on resuming tweeting soon.