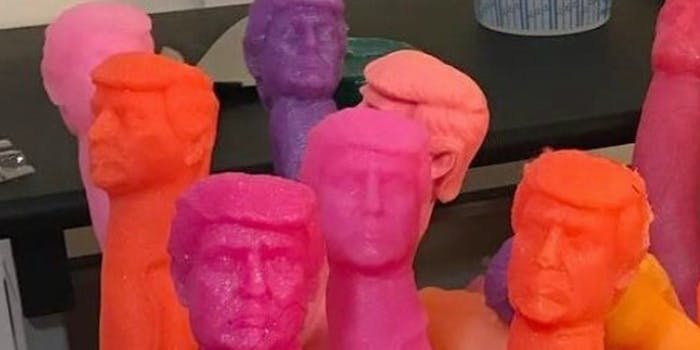 It turns out that the page is actually satire, making fun of former President Donald Trump and his supporters. But because the last five years have killed satire dead, people completely missed the joke.

A Donald Trump parody account also jumped on the post, recognizing a goldmine of material when they saw one.

The Daily Dot reached out to Mike Oxmall’s Guns & Ammo for comment and it copped to the whole thing being a joke.

“The entire account was created to troll the far-right and sadly too many fell for it,” they said. “Way too many on both sides. It’s supposed to highlight the racism and homophobia that lies within the party. It seemed so real to people, and the more outrageous the post got to more real it seemed. Sadly this is how far right some Trump supporters have become.”