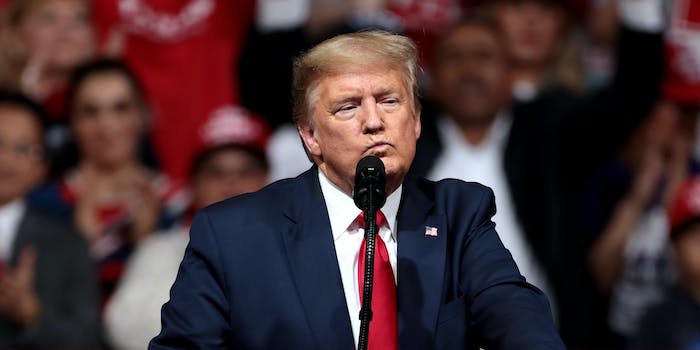 Trump used Facebook to try and convince 3.5 million Black Americans not to vote in 2016

President Donald Trump‘s 2016 presidential campaign labeled 3.5 million Black voters in the U.S. as “deterrence,” and didn’t want them to vote, according to a new report.

The data, which was used by Trump’s 2016 campaign according to Channel 4, shows that the campaign separated millions of Americans into eight categories in 16 swing states. One of the groups was called “Deterrence,” or people it tried to convince not to vote through the use of ads on Facebook and other social media.

Among that group, Channel 4 notes, was 3.5 million Black Americans. In total, 54 percent of those put in the “Deterrence” category were people of color.

Cambridge Analytica was a firm that harvested data on Facebook users that made its way to the Trump campaign. The discovery of the data harvesting pushed Facebook into a data privacy scandal that eventually led to CEO Mark Zuckerberg testifying before Congress. The firm has since been disbanded.

While the database exists, it is unclear how exactly it was used to target voters with ads—potentially on Facebook—during the campaign. However, Channel 4 notes that it obtained confidential documents where Cambridge Analytica said the campaign targeted Black voters with ads attacking Hillary Clinton.

Jamal Watkins, the vice president of the National Association for the Advancement of Colored People (NAACP) told Channel 4 said it was “shocking slash troubling” and that the “deterrence” label was a “category of suppression.”

You can read all of the Channel 4 report here.