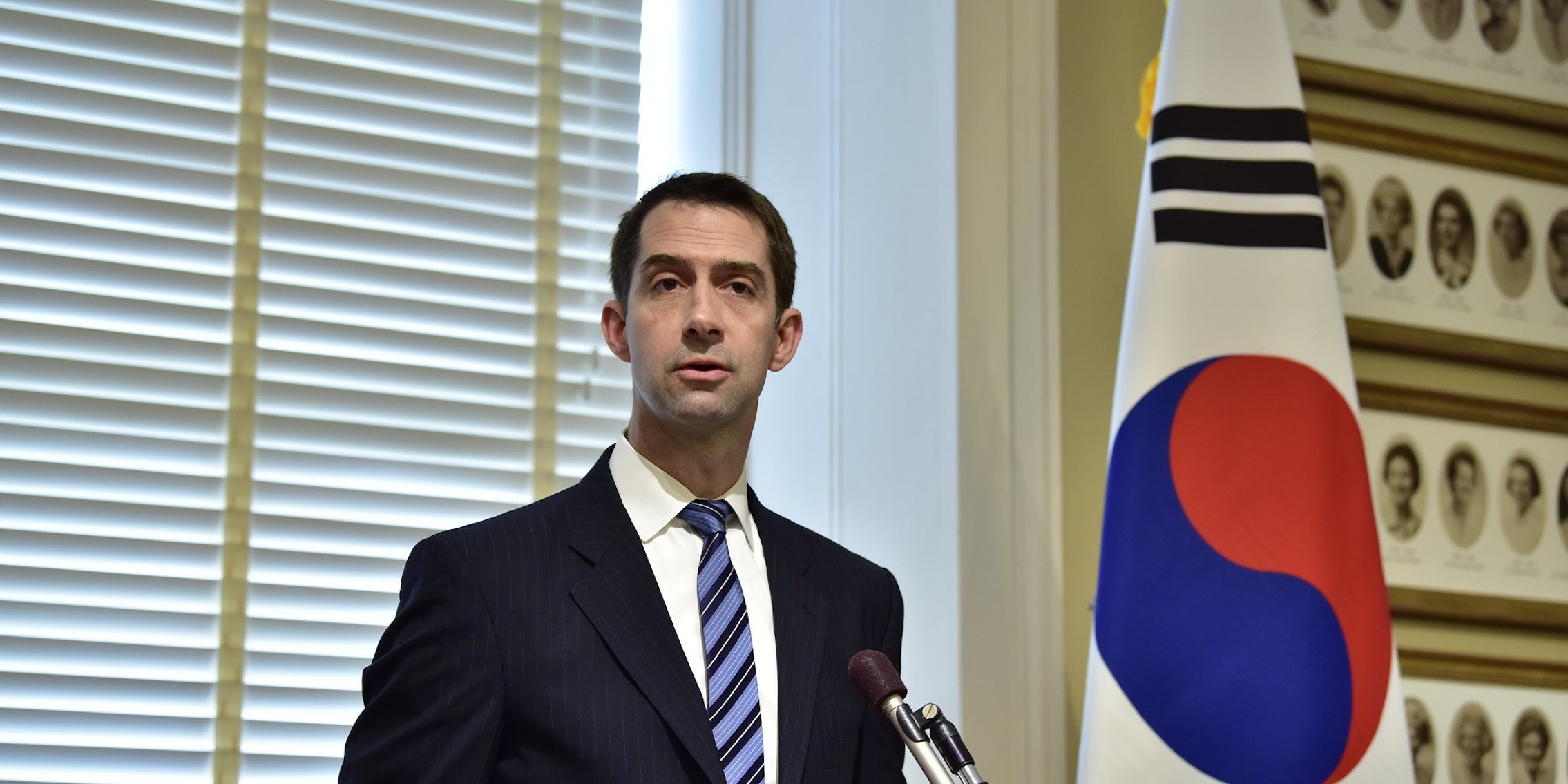 Dirty Delete: Tom Cotton is a throwback to another century

Sen. Tom Cotton (R-Ark.) was born in the wrong century.

Cotton is a spry 45-year-old Gen Xer, which in the grey gardens of government is practically a tween.

In the late 1990s, Cotton wrote an article for the Harvard Crimson opining that “despite blather about the information superhighway,” it’s a “horrible idea” to have the internet in schools and libraries.

He also complained that “liberals want to open political office to all candidates” like this was a bad thing.

As a columnist for the Crimson, the young Cotton shared many thoughts that hark back to the Victorian era. He once noted that someone who’d presumably read his screeds against “the cult of diversity” had “good naturedly” suggested he would’ve been happier to have been born a century or two earlier.

Columnist Cotton wrote that the government should make it more difficult to end a marriage to protect we ladies from the horror of divorce, or as he put it, “our greatest fear.” Leave it to Tom Cotton to long for the good ol’ days when women couldn’t get credit cards without a man’s permission and marital rape wasn’t a crime. (Google it.)

In another piece that reeked of incel culture he moaned, “I do not know if love is salvageable for us.” Pass me the fainting couch, Tom.

With views like these, it’s not surprising that Senator Cotton called slavery a “necessary evil” and speaks of wokeness like it’s the plague.

Seems he’d rather sleepwalk through the 21st century than open his eyes to systemic racism, homophobia, transphobia, and misogyny. Which isn’t exactly off brand for a cisgender, Christian, hetero white Republican dude from Arkansas.

Even when Cotton does the right(ish) thing, he does it the good ol’ boy way. He secretly worked with Sen. Mitch McConnell (R-Ky.) to foil plans to overturn the 2020 election—all the while playing nice to Trump’s face about those same plans.

His Facebook and Instagram pages look like they belong to your MAGA relatives who aren’t invited to Thanksgiving anymore because they constantly blather about cancel culture coming for Paw Patroland Aunt Jemima.

At Cotton’s age, he could literally work in government for decades. Hell, he was on the shortlist for a lifetime appointment on the United States Supreme Court before Amy Coney Barrett was nominated.

And he’ll no doubt spend that time trying to drag us back to a time when BIPOC, women, and LGBTQ people knew their place: firmly beneath the boots of white guys like him.