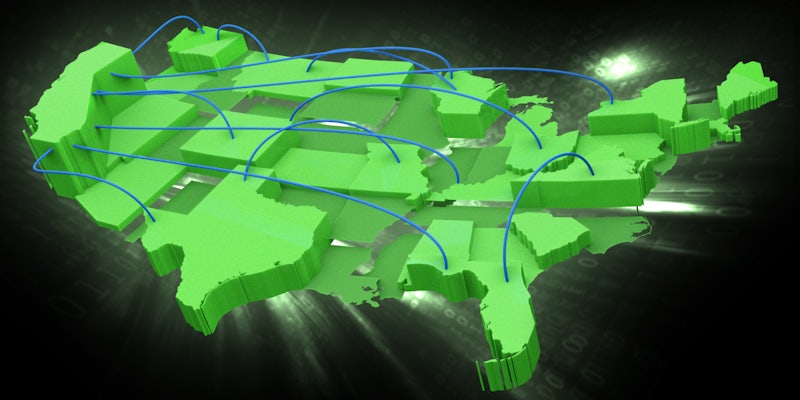 The FCC’s new broadband maps are finally here—are they enough?

It's a first step in a long process.

The new map provides a more granular look at the country’s ongoing digital divide, and the massive speed, availability, and competitive shortcomings that exist in a market long dominated by a handful of telecom giants hellbent on undermining competition at every turn.

The updated map displays the wireless and fixed options purportedly available at your address. If the data’s incorrect, the FCC states that users can now directly challenge the agency’s information via a “location challenge” link included in the map itself.

“Our pre-production draft maps are a first step in a long-term effort to continuously improve our data as consumers, providers and others share information with us,” FCC chairwoman Jessica Rosenworcel said in a statement. “By painting a more accurate picture of where broadband is and is not, local, state, and federal partners can better work together to ensure no one is left on the wrong side of the digital divide.”

Much like the old maps, the new FCC still doesn’t share data on broadband pricing, helping further obscure one of the most glaring symptoms of an unhealthy, monopoly-dominated market. Americans continue to pay some of the highest prices in the developed world for broadband due to limited competition, feckless regulatory oversight, and monopoly power.

According to the FCC, the new map is just the first step in a several-month-long process. Interested parties now have until Jan. 13 to challenge the FCC data. At that point, the National Telecommunications and Information Administration (NTIA) will begin doling out $42 billion in new state broadband grants made possible by the recently passed infrastructure bill.

“The next eight weeks are critical for our federal efforts to connect the unconnected,” the NTIA’s Alan Davidson said in a statement. “The FCC’s upcoming challenge process is one of the best chances to ensure that we have accurate maps guiding us as we allocate major Internet for All awards in 2023.”

It only takes a few minutes perusing the FCC’s older, unreliable maps to notice that something’s wrong. Plug in your home address and you’re quickly presented with a list of ISPs that often don’t exist, providing service speeds that aren’t real.

Experts say there are numerous reasons why: the FCC historically failed to confirm ISP coverage claims, and for decades declared an entire census block “served” with broadband if ISPs just claimed they could deliver service to just one home in that block. Politically powerful ISPs, keen to hinder competition and inflate coverage claims, spent years lobbying against better maps.

Eager to ensure they were getting their fair share of broadband subsidies, states pressured Congress in 2020 to pass the Broadband DATA Act. The new law required the FCC to do a better job confirming telecom industry coverage claims, broaden its use of third-party and crowdsourced data, and eliminate its flawed census block methodology.

To tackle the problem, the FCC struck a $44.9 million contract with mapping firm Costquest. That’s in addition to the $350 million the agency had already spent on older broadband maps.

The new maps arrive as more than $50 billion in broadband funding winds its way to the states courtesy of federal COVID-19 relief and infrastructure bills. And while experts say any improvement to the FCC’s bungled maps is welcome progress, concerns remain about the ability of entrenched monopolies to distort the final product to their benefit. Peggy Schaffer spent years working for the state of Maine developing alternative broadband maps in the wake of frustration with federal efforts. She says she’s heartened by the improvements but that the new maps are still based on the advertised speed claims of telecom monopolies with a vested interest in overstating coverage footprints and downplaying competitive gaps.

“The original sin of ‘advertised not delivered’ is still the underlying problem,” Schaffer said. “Companies—especially national and regional—advertise stuff they cannot deliver to addresses. Anyone who has tried to get new service experiences this firsthand in an area that is underserved. It’s the nature of advertising right?”

Schaffer says that unless the FCC’s new mapping system allows states, cities, and other third-parties to effectively challenge ISP claims, incumbent monopolies will continue to have an outsized impact on the mapping data. Schaffer was also quick to note that many states won’t have the expertise or budgets to challenge industry claims.

“I think states that have their stuff together may be able to respond,” she said. “But states that don’t have strong broadband offices with a geographic information system (GIS) component will be hard-pressed to respond. I am hopeful the data will be more accurate from the ISPs, but the FCC left lots of wiggle room for them. Lots of it.”

New York was able to challenge the FCC data because it has the resources, staff, expertise, and own broadband mapping systems. In contrast, numerous states not only lack their own data to challenge industry claims, they lack the staff or resources to even try.

“My guess is that a lot of challenges won’t be accepted,” Schaffer said.

Consumer and advocacy groups expressed cautious optimism about the mapping improvements. But among activists there persists significant concern about ISPs falsely misrepresenting coverage, and the ability to effectively challenge those claims.

“While the FCC has established a process that should in theory generate a more granular broadband map, it is still reliant upon every ISP accurately reporting their deployments, and reliant upon a single third party consult producing an accurate list of every single serviceable location,” Free Press’ research and policy analyst S. Derek Turner told the Daily Dot.

“There’s already complaints about the accuracy of the serviceable location data, and of course years of experience of ISPs misreporting their deployments,” he added. “Therefore the FCC’s challenge process will be critical to improving upon the accuracy of the map before it is used to make decisions about where to award subsidies.”

ISPs like Charter Communications have already taken to filing costly and cumbersome challenges against federal grant applicants, usually pointing to flawed FCC data to falsely claim that any projects by new competitors are duplicative and unnecessary. If money is to be spent, monopolies don’t want it spent on revenue-eroding competition, experts suggest.

While an estimated 20-40 million Americans still lack access to broadband of any kind, another 83 million Americans currently live under a broadband monopoly, meaning they have no alternative broadband options to turn to should they be inundated with price hikes, slow speeds, privacy and net neutrality violations, or terrible customer service.

For decades, the U.S. government failed to accurately measure the real impact of limited competition, resulting in policies that failed to address monopoly power. While telecom industry watchers are thrilled to see things slowly start to change, they’re equally quick to lament the effort is only just getting started, several decades late.