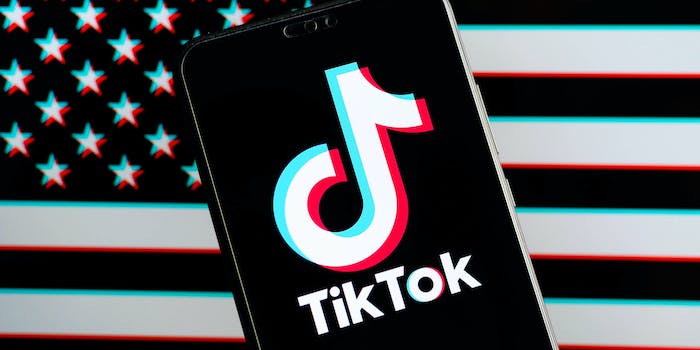 The Commerce Department is banning U.S. transactions starting on Sunday.

President Donald Trump’s administration announced on Friday that it will block U.S. users from downloading TikTok and WeChat starting on Sunday.

The announcement also comes as Trump is expected to either approve or deny a deal that would see Oracle to become a “trusted tech partner” with TikTok.

While not an outright sale, the Oracle deal—which will also reportedly include Walmart—came out of executive orders signed by the president over the summer that would effectively ban the app unless an American company acquired TikTok.

Because the Oracle deal is not a sale, it’s unclear whether or not Trump will accept it as checking the provisions of his executive order.

However, Trump said earlier this week that “conceptually” he did not like a deal that left ByteDance as the majority owner of TikTok. However, he has a good relationship with Oracle Chairman Larry Ellison, who is one of the few leaders in Silicon Valley who supports the president.

TikTok has faced scrutiny over its data practices because it is owned by a Chinese company, ByteDance. The Chinese government has a history of forcing companies in the country to hand over user data, leading to speculation that TikTok would do the same.

The wildly popular app has vehemently defended itself against those claims, saying that U.S. user data is stored within the country.