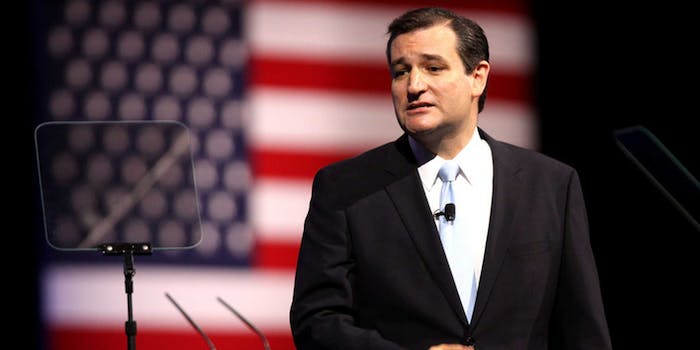 In a resounding victory, Cruz has secured 69.2 percent of the vote, easily surpassing the 50-percent threshold needed to secure all 40 of Utah’s 40 Republican delegates. Neither Ohio Gov. John Kasich (16.9 percent) nor Trump (14 percent) will take home any delegates.

In polls leading up to the caucus in Utah, Cruz led the Republican field by 24 points. However, the margin of support does not tell the full story.

Utah is home to a major Mormon population, which is far more supportive of immigration rights and religious freedom than other voting demographics—two issues that have served Trump well in other states but likely hurt the New York businessman in Utah.

Cruz’s win comes on the heels of a personal spat with Trump, who on Tuesday night threatened to “spill the beans” on Cruz’s wife, Heidi, after an anti-Trump super PAC released an ad featuring a nude photo of Melania Trump, the candidate’s wife.

Despite Cruz’s resounding victory in Utah, Trump remains the clear delegate winner of Tuesday night, having won all 58 of Arizona’s delegates, which pushes his total delegate count to 739, compared to second-place Cruz’s 465. Trump needs 1,237 delegates to win the Republican presidential nomination.