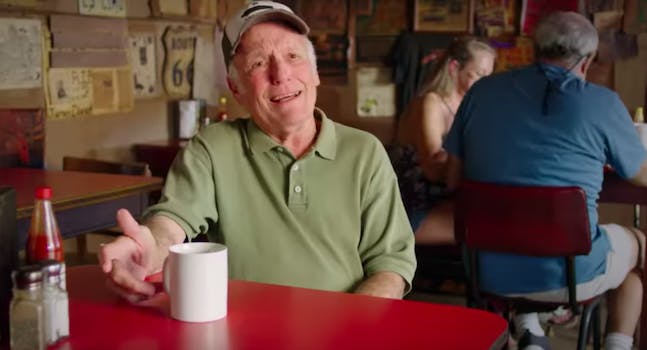 Davis starred in the previous ad, calling out Cruz for saying he was “tough as Texas.”

As Texas Monthly said after the incident, the phrase was perhaps meant to describe how liberal O’Rourke is—much like the phrase, “limousine liberal,” or “champagne socialist.” But, as Davis says, the phrase doesn’t make much sense.

What’s more, Whataburger is a Texas classic. Why risk messing with the beloved burger chain just to try and make “Triple meat Whataburger liberal” happen? As Davis might say, it’s not going to happen, Ted.

The ad also features clips from Cruz’s Affordable Care Act filibuster in 2013, in which he praised White Castle. “Just as a consumer, I’m a big fan of eating White Castle burgers,” Cruz says in one of the clips. “I like their little burgers.”

“There’s not a White Castle within 900 miles of Texas, Ted!” Davis says in the ad. “Maybe up in Canada,” he continues, referencing one President Trump’s favorite attacks on the senator.

O’Rourke is famously a Whataburger fan; he visited a branch after his first debate with Cruz and has been recorded skateboarding in one of their parking lots in a viral video. His campaign logo even resembles their spicy ketchup packets.

Cruz is still up in the Texas polls with the midterms a little over two weeks away. But O’Rourke has mounted a considerable challenge in a state that hasn’t elected a Democrat to state office since 1994.