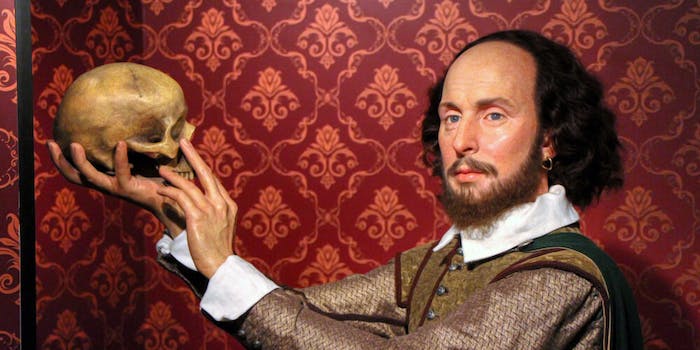 AI breaks down how much Shakespeare wrote of his plays

He only wrote half of ‘Henry VIII,’ according to the program.

Since his death over 400 years ago, it’s been speculated that William Shakespeare might not have actually written all of his plays. But a new artificial intelligence system by Czech researcher Petr Plecháč might prove how much he actually wrote.

The program used Shakespeare’s Henry VIII for the experiment and implemented an algorithm taught to recognize specific word choices from Shakespeare and John Fletcher, the playwright many believe helped him. According to Plecháč’s research, Fletcher wrote over half of the play.

Unlike previous studies, Plecháč’s research uses what he calls “rolling attribution” to determine authorship. This means that Plecháč’s algorithm breaks down parts of the play to find specific wording and vocabulary outside of scene boundaries.

In addition to proving Fletcher’s involvement, the algorithm proved that Philip Massinger, who was also thought to have helped Shakespeare, had no involvement with Henry VIII.

“Our results highly support the canonical division of the play between William Shakespeare and John Fletcher proposed by James Spedding,” Plecháč said in his analysis.

According to Engadget, it is possible that the AI system is picking up on instances in which Shakespeare and Fletcher mimicked each other’s styles, and it doesn’t definitively answer whether or not Shakespeare wrote his plays on his own.