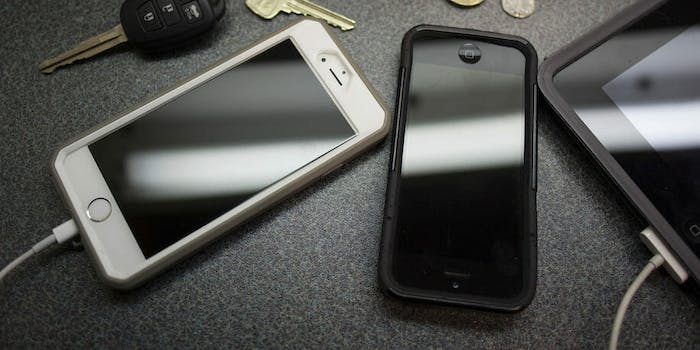 The best ways to save your phone’s battery life

Your battery's on its last legs. Here's what you should do.

We don’t go anywhere without our phones these days, but we do frequently leave home without a charger. This can lead to the inevitable “Oh shit” moment. Later in the day, when you’re enjoying your sixth happy hour beverage, or your crew has decided to make an impromptu weeknight camping escapade, you check your phone: 30 percent battery life. Oh shit.

When you need your phone to last a few (or a few dozen) more hours, it can send you into panic mode. Luckily, today there are a number of ways you can avoid that moment—or squeeze the most out of your phone’s diminishing battery level.

How to save battery power

Before you’re in battery trouble

If your phone is dying on a regular basis, it’s time for a lifestyle change. You need to stick your phone in a charging case or stow a battery pack in your purse. Jackery’s pocket-size portable charger can charge your iPhone 7 four times before needing a recharge itself (and costs under $30). Mophie also offers a variety of charging packs and cases for iPhone and Samsung phone owners. There are also purses and bags with chargers built-in. If you have a tendency to go on impromptu overnight or weekend trips, grabbing one of these options—in the long run—will be far more convenient and less stressful than digging around for your charging cable.

When you need your battery to last now

OK, that’s well and good, but you’ve got less than 50 percent battery and zero ways to charge it in the foreseeable future. Here’s what you should do when you’re in a pinch.

As soon as you’re able, head to your smartphone’s settings and switch on Battery Saver if you’re on an Android device or Low Power Mode if you’re on iOS. What these settings do is switch off features that slowly sip away at your phone’s battery in the background. This includes email fetching, automatic app downloads, location services, and some screen effects. Alternatively, you can head into your phone’s settings and disable these things on your own or only for select apps you won’t be needing for the next few hours.

2) Turn down your phone’s brightness

Your phone’s beautiful, pixel-packed display is also one of its most notorious battery hogs. When my battery life is low, I prefer to switch off Auto Brightness and instead manually adjust the brightness as low as possible. Avoid using your phone in bright sunlight or other situations where you need screen brightness at full blast to see what’s on the display. (So if you’re outdoors, stick to operating your phone in the shade.)

You’ll seriously extend your phone’s battery life if you can resist the urge to use social media. According to AVG Technologies’ last report on performance draining apps, Facebook, Facebook Messenger, and Instagram were three of the top five biggest offenders on Android in 2016. (Google Maps and BBM rounded out the top five.) If you need to get in touch with friends, regular old text messaging may be your best bet, as well. (WhatsApp also made the top 10 in this list.)

If you need your phone to last until tomorrow, avoid playing DJ. Streaming Spotify, Netflix, or YouTube on your phone is one of the quickest ways to sap its battery. If you want to play music, make sure it’s stored locally so you don’t need to beam it down over a cellular or Wi-Fi connection.

Especially if you’re having a hard time establishing a good cellular connection, switching to Airplane Mode could help you out. In tests by the Wirecutter over a four-hour time period with little use, a phone lost roughly 8 percent more battery life without Airplane Mode switched on. For some of Airplane Mode’s battery saving benefits without going off the grid, you can also manually switch off either your cellular or Wi-Fi connection if you notice one has a poor connection (or you just don’t need it). Using either connection uses roughly the same amount of battery power.

6) Keep your phone around room temperature

If you’re outside in Arctic temperatures, your phone battery life could temporarily decrease, according to Apple. Extremely high temperatures (above 95 degrees Fahrenheit) can also damage your phone’s battery or battery performance. It’s something worth keeping in mind if you’re traveling or camping.

7) Consider turning your phone off altogether

Powering your phone off is often recommended as a battery-saving tip, but personally, I’ve had mixed results here. On a weekend trip with one day switching my phone off and on entirely, and the second day spent toggling on Airplane Mode, I found that my phone wasted far less battery with Airplane Mode. I believe that the process of establishing cellular and Wi-Fi connections and restoring phone settings from scratch wasted more power than just keeping the screen off and other battery-hungry settings optimized. If you don’t need an alarm in the morning, though, keeping your phone powered off overnight likely won’t hurt.

Switching off Bluetooth, only using Wi-Fi, and force quitting apps running in the background are three suggestions you may have heard before. Doing any of these likely won’t make any impact on your battery life (and in the case of quitting unused apps, could actually make things worse when you re-open any apps you closed out).

If all else fails, make friend with your local bartenders and baristas. They’ve probably got a phone charger hiding behind the counter you can use in a pinch.