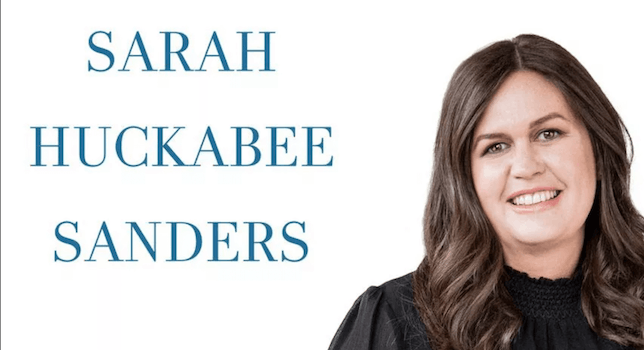 They say that after constructing the Taj Mahal, Shah Jahan cut off the hands of the over 40,000 workers who helped construct it so that something so beautiful could never be built again.

Is it possible that President Donald Trump, in such awe of Sarah Sanders’ nonpareil performance as press secretary—where she berated the press, accused the press of lying, lied herself, debased herself in very weird ways, and refused to answer even basic questions—cut off her thumb such that an awe-inspiring effort could never be replicated again?

Well… since Sanders left, there hasn’t been another White House press briefing, and in the cover of her new book, she sure seems to be missing her right thumb. 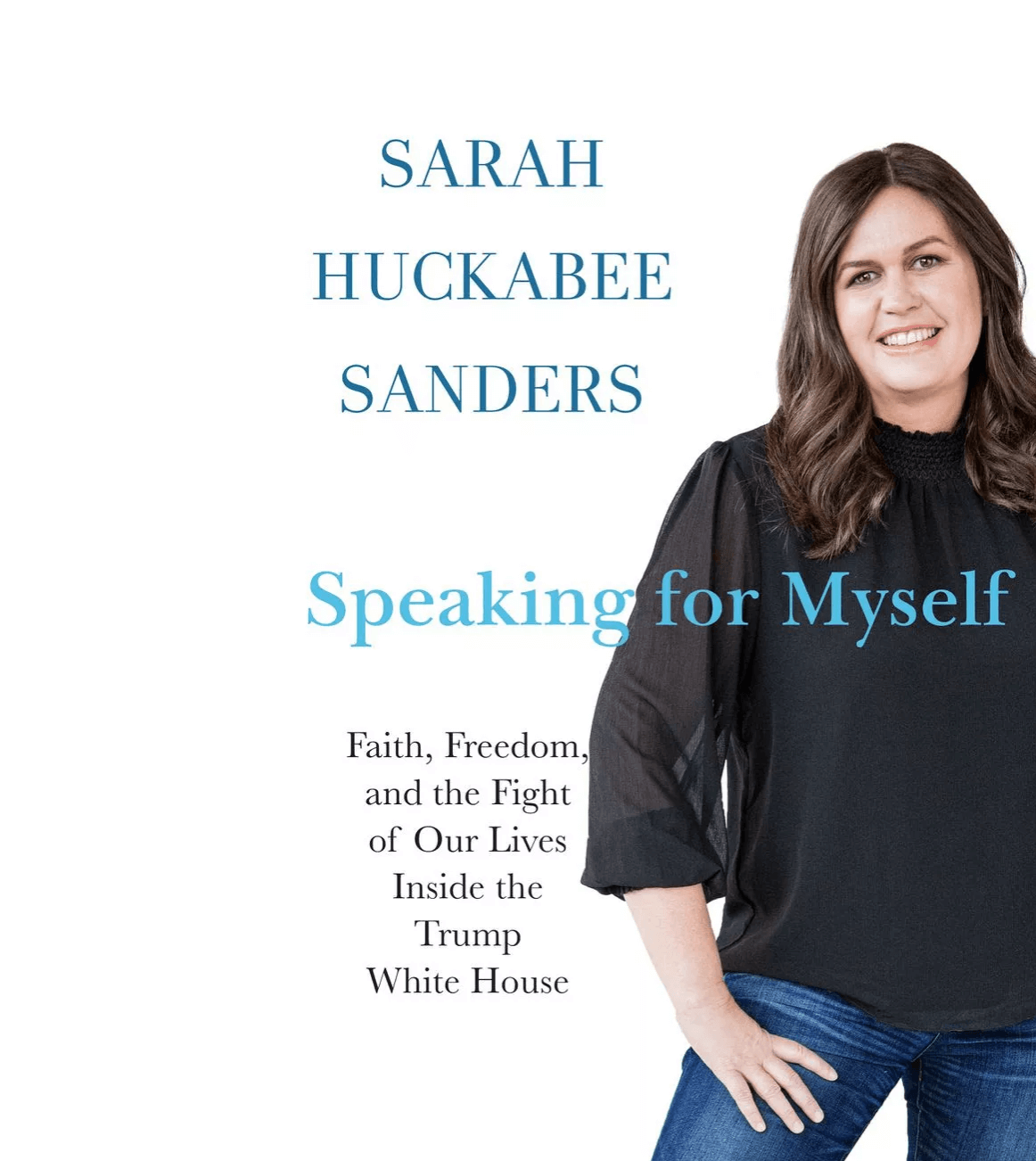 Is she tucking it in? Is it a poor Photoshop job? It’s likely the latter.

In their look at the book, Axios said Sanders pledged “a candid account of my relationship and interactions with the press. And some reporters come out a lot better than others!”

Sanders is previously known for lying directly about and to reporters.