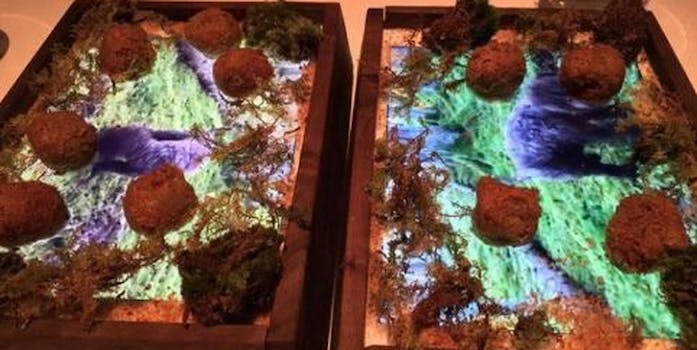 This San Francisco restaurant is serving food on iPads

Would you pay to eat food off an iPad?

Run out of clean plates? Time to pull out the electronics.

A restaurant with a fixed-price menu of $220 is serving up gourmet food on Apple iPads. Yes, on top of them—you eat the food off of the iPad. No, this isn’t one of those crazy Japanese-themed restaurants or some abstract mixed media art piece at a contemporary gallery: It is a three-Michelin-star French restaurant situated in the heart of San Francisco.

Apparently, Quince didn’t think the third Michelin star it gained earlier this year was enough to attract young customers, so it created a new, bizarre dish to entice them. “A Dog in Search of Gold” was created with the common knowledge that young people like tech so much they would even prefer to eat off of it. The dish is described as “white truffle croquettes”—if you were wondering, that is a very expensive mushroom— and the iPads apparently play videos of water dogs on a truffle hunt. Yum?

One can only hope some of the money spent on truffles went toward a clean iPad to eat off of. If it didn’t, wipe those truffles off and download a restaurant review app.