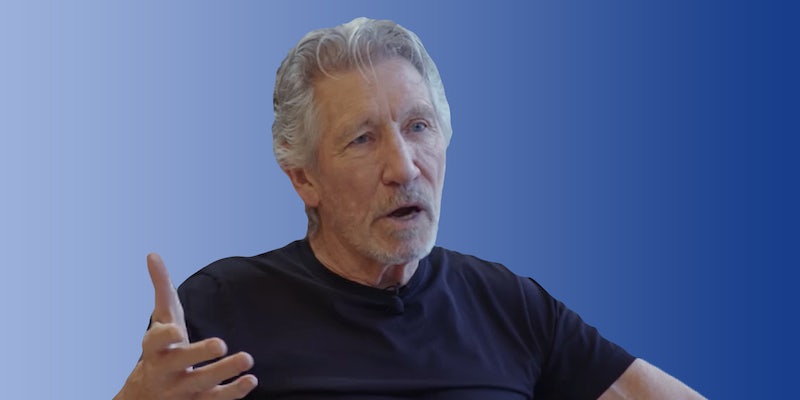 Why is Pink Floyd’s bassist on a Ukrainian website’s ‘kill list’?

Rumors fly that NATO and the CIA are involved in Myrotvorets.

Roger Waters, the outspoken co-founder of the influential British rock band Pink Floyd, recently went off about the war in Ukraine. In a CNN interview earlier this month, Waters called President Joe Biden a “war criminal” and accused him of “fueling the fire in the Ukraine.” Waters also lambasted the North Atlantic Treaty Organization (NATO) for “pushing right up to the Russian border,” implying NATO is to blame for Russia invading Ukraine.

Depending on one’s viewpoint, Waters was either speaking truth to power or regurgitating Russian propaganda. A notorious Ukrainian website takes the latter view. The website, Myrotvorets (Ukrainian for “peacekeeper”) placed Waters on its list of people who spread anti-Ukrainian propaganda, which critics refer to as its “kill list.”

As is often the case with conspiracy theories, these rumors blend fact and fiction.

It is true that Myrotvorets is a controversial website that maintains a list of people it deems enemies of Ukraine. In 2017, the United Nations called for Ukraine to investigate the site for publishing the personal information of thousands of journalists and deeming them enemies of the state. The European Union, G7 nations, and human rights groups have also castigated the site for including journalists on its list and called on Ukraine to investigate.

It is also true that some of the thousands of people on Myrotvorets’ list have been killed, most recently Darya Dugina, the daughter of an ally of Russian President Vladimir Putin. (Ukraine denies Russia’s accusation that it’s responsible for the car bombing that killed Dugina, the editor of a Russian disinformation website who herself was personally subject to United States sanctions.)

The veracity of the allegations circulating online get murkier from there.

The easiest rumor to debunk is how long Waters has been on Myrotvorets’ list. Most chatter holds that Waters’ recent statements caught the website’s attention. Russian state news agency TASS repeated this claim on Tuesday. But the site added Waters years ago. Archives show Waters has been on its list since 2018. That year, TASS reported that Waters had been named as an enemy of Ukraine by the site over his comments about Russia’s annexation of the Crimea peninsula.

Another apparently baseless claim is that NATO is directly involved with Myrotvorets.

The author of that tweet, a prolific source of anti-western and pro-Russian sentiments, further alleged that NATO is Myrotvorets’ administrator. This appears to be based entirely on the site’s administrator using “NATO” as their screen name, which is hardly definitive proof. Further, given that all but one of the G7 nations belongs to NATO, and the G7 has been sharply critical of Myrotvorets, it seems particularly unlikely that NATO is working with the site.

Another version of the rumor holds that Myrotvorets is hosted on NATO’s servers. This allegation is based on NATO purportedly owning a website (which is not its main site and appears inactive) that is hosted on the same Cloudflare server as Myrotvorets. Even if true, this doesn’t establish that NATO hosts Myrotvorets.

Neither NATO or Myrotvorets responded to requests for comment.

The allegation that the CIA is involved with the website is based on even shakier grounds. Myrotvorets gives two cities as its locations: Warsaw, Poland and Langley, Virginia.

CIA headquarters is in Langley, which appears to be the sole basis for rumors that it’s involved. It’s certainly possible that someone who lives in Langley works for the site. It’s equally possible that Myrotvorets names these cities randomly, as a joke, or to obfuscate its true location.

Various versions of rumors about Myrotvorets, Roger Waters, NATO, and other entities continue proliferating across the web, primarily among those who support Russia’s invasion of Ukraine. Others have pushed back against such rumors. “It’s not NATO or Ukraine running the site, but they haven’t gotten the owner to close shop either,” wrote one Twitter user.

Some commentators are concerned for the safety of the 78-year-old cofounder of Pink Floyd, who split from the band in 1985.

Waters isn’t among them.

“It’s just a waste of breath by propagandists. There, that’s their job. They’re told to sit and write this nonsense about me because it’s part of their job,” Waters told Russian state media this week.

“I can’t take any of it seriously.”