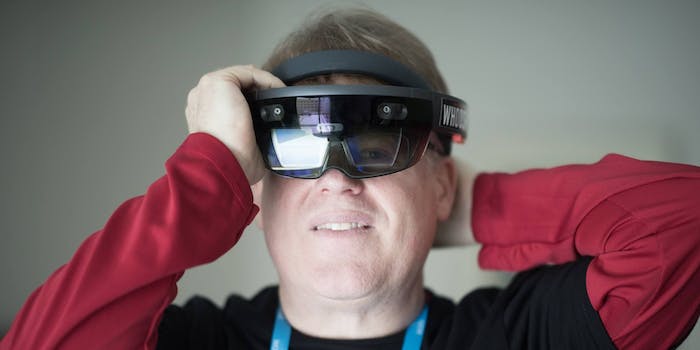 'Sexual Harassment requires that I have such power.'

Robert Scoble, the longtime tech blogger who recently resigned from his mixed reality firm following sexual harassment claims, published a lengthy rant on Wednesday defending himself against the allegations.

Included in the post is a concerning passage that suggests Scoble thinks someone can only commit sexual harassment if they’re in a management position over a woman.

“If I were guilty of all the things said about me I would still not be in a position to have sexually harassed anyone,” he wrote. “I don’t have employees, I don’t cut checks for investment. None of the women who came forward were ever in a position where I could make or break their careers. Sexual Harassment requires that I have such power.”

He went on to criticize TechCrunch and Business Insider, which first reported on the assault allegations, calling the publications “Gossip Blogs” looking to generate “ClickBait.” He goes on to say, “It is clear they no longer care about the truth or doing actual journalism.”

His response adamantly denies all allegations of sexual harassment and hits out at each woman who accused him. He says they presented “grains of truth to sell a false narrative.” In one case, Scoble claims his words were misinterpreted as verbal assault. In another, he accuses a woman of blackmailing him for having an online affair.

The allegations against Scoble were first published on Thursday with a blog post written by journalist Quinn Norton. Here’s a disturbing excerpt from the post:

And then, without any more warning, Scoble was on me. I felt one hand on my breast and his arm reaching around and grabbing my butt. Scoble is considerably bigger than I am, and I realized quickly I wasn’t going to be able to push him away.

Norton then says she freed herself and hit Scoble on the base of his chin, knocking him back before threatening to break his nose. Scoble addressed the incident in his blog post, “Quinn Norton, by her own account, physically accosted me.”

More women followed with claims of being harassed by Scoble. Less than 48 hours after Norton’s story went live, Scoble posted an apology to his Facebook account saying he was “deeply sorry to the people I’ve caused pain to.” He has since removed the post.

A few days later, Shel Israel, Scoble’s co-worker at the Transformation Group, broke the news of his resignation, “His decision is related to recent revelations that Robert engaged in inappropriate sexual behavior, which he has confirmed are for the most part true.”

The Daily Dot republished one of Scoble’s blog posts with permission in 2015.

Scoble is the latest figure caught up in sexual harassment allegations following the dozens of accusations against movie producer Harvey Weinstein. Those reports prompted people around the world to talk about their experiences with sexual harassment using the hashtag #MeToo. Scoble says his accusers may have felt “peer pressured” into joining the #MeToo “bandwagon.”