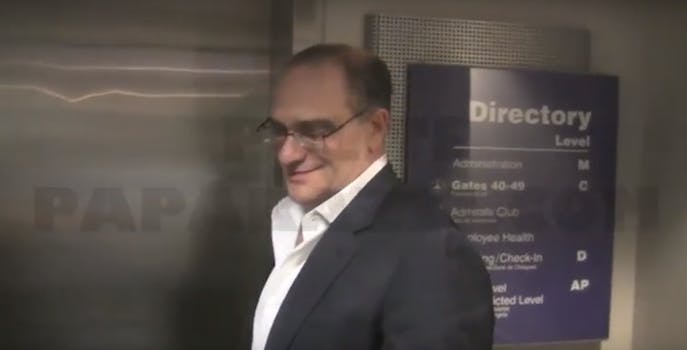 An executive producer for AMC's 'The Mist' is accusing the other Weinstein of sexual harassment.

Less than two weeks after his brother Harvey Weinstein was accused of rape, sexual assault, and sexual harassment, Bob Weinstein is being accused of sexually harassing a female TV showrunner.

Amanda Segel, executive producer of the AMC series The Mist, told Variety that Bob made several romantic overtures and asked her to join him for private dinners. She said the harassment began in the summer of 2016 and continued on and off for three months. Weinstein has denied the allegations made by Segel.

The harassment stopped after Segel’s lawyer intervened and Segel threatened to leave the show if Weinstein did not stop.

Segel told Variety that no should be enough. She said Weinstein would repeatedly ask her out to dinner and sometimes joke that since he was her boss he could fire her for saying no.

“Bob kept referring to me that he wanted to have a friendship,” Segel told Variety. “He didn’t want a friendship. He wanted more than that. My hope is that ‘no’ is enough from now on.”

Eventually, legal arrangements were made for the two to never be in the same room as each other or on telephone calls with him.

A few days ago Weinstein reportedly said he was sickened by his brother’s lack of remorse and unaware of the type of predator he allegedly was. Weinstein also said he wanted his brother to get the justice that he deserves.

“For the last five years, I’ve probably talked to my brother 10 times on any personal level,” Weinstein told the Hollywood Reporter when asked how he was unaware of Harvey’s actions. “I’m mortified and disgusted by my brother’s actions. And I am sick for the victims. And I feel for them. I feel for them.”

However, the internet was not shocked with these latest Weinstein family accusations, after learning about Harvey’s long history of harassment and assault. Many Twitter users commented on Bob’s character before the story of his sexual harassment allegation broke Tuesday.

Bob Weinstein is a liar. And literally the worst person I’ve known in my lifetime. https://t.co/xoOBlJzyNv

I interviewed to be Bob Weinstein's assistant in 2000 and the person interviewing me (Bob's first assistant) said "Take any other job."

is anyone surprised? come on! That was the company culture. #everybodyknew

Segel has been involved with a number of other TV series including Nikita, The Good Wife, Without a Trace, Daredevil, and Hush.

He’s been in the business since 1981, and has produced dozens of movies, including Pulp Fiction, Good Will Hunting, the Scary Movie series, the Kill Bill series, and Spy Kids.

Weinstein is the father of six children and has been married twice.