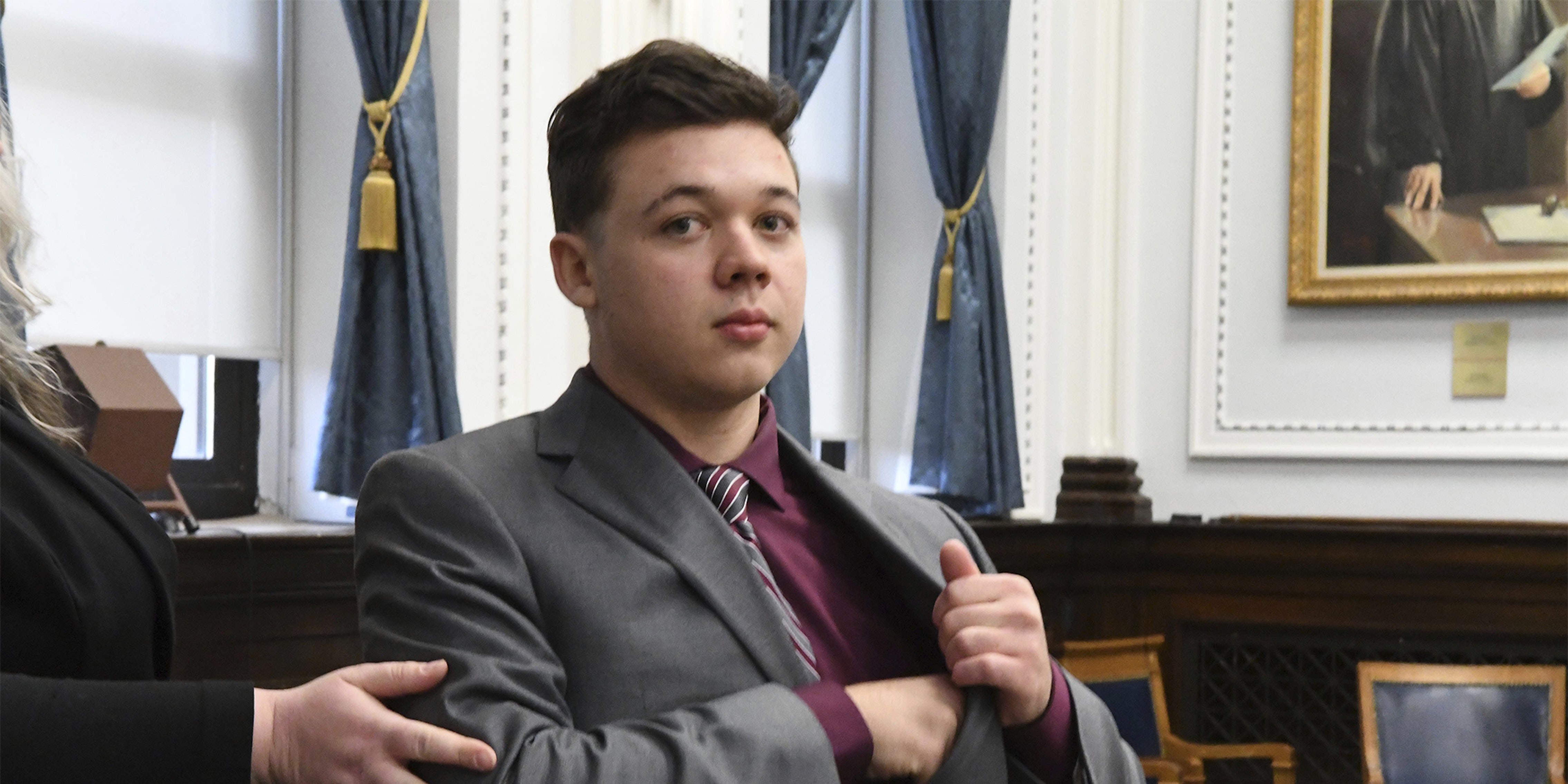 Everyone involved in the Kyle Rittenhouse trial is facing wild, conspiratorial accusations

The Judge, defense, prosecution have all been accused of conspiring to both convict and acquit Kyle Rittenhouse.

The Kyle Rittenhouse trial has conspiracy theories flying across the internet. Some are convinced there’s a conspiracy to convict him. Others are equally adamant the opposite is true.

Rittenhouse is accused of killing two men and attempting to kill a third. He’s pled not guilty by reason of self-defense.

Rittenhouse’s alleged crimes were committed during intense protests over the police shooting of Jacob Blake in Kenosha, Wisconsin last year. Blake, a Black man, was shot seven times in the back. He survived, but was paralyzed.

Images and accounts of the ensuing protests show Rittenhouse, then 17, carrying a high-powered rifle and being friendly with police prior to the shootings. Right-wing media and figures have portrayed him as an innocent child protecting the community from looters and vandals. They’ve heralded him as a hero.

Last year, NBC News reported that federal law enforcement officials were instructed to make comments sympathetic to Rittenhouse. “It is unclear whether any of the talking points originated at the White House or within Homeland Security’s own press office,” the outlet wrote.

Conspiracies have been circulating since just after Rittenhouse was charged.

Now that his trial has begun, an even wider array of conspiracy theories are making the rounds. People believe that federal agents, local officials, and law enforcement are part of a wide-ranging conspiracy to convict Rittenhouse. Others believe that the same individuals and entities are conspiring to acquit him.

On a recent episode of his podcast, conservative pundit Jack Posobiec claimed that Kenosha Mayor John Antaramian is somehow behind the charges. He said that Antaramian wants Rittenhouse convicted to distract from his “mismanagement” of the protests.

Posobiec and other right-wing media have also made much of Antaramian having relatives involved in the case. His nephew is reportedly the lead detective and his first cousin is a prosecutor. The Post Millennial and Posobiec have sourced heavily from a right-leaning local blog’s op-ed about it.

“They’re trying to protect the family,” Posobiec said on his podcast.

The Post Millennial wrote that the mayor has a “shocking number of families ties” to the case.

Antaramian, who has been criticized by people on both sides of the protests, has already said he’s not seeking reelection. It’s not clear what he would stand to gain from Rittenhouse’s conviction.

Posobiec has also claimed that the FBI “covered up the testimony” of a pilot who flew a plane that filmed the shooting. Prosecutors played the infrared surveillance video during the trial, CNN reports. It’s unknown how the pilot’s testimony would’ve helped the defense, as Posobiec implies.

Judge Bruce Schroeder, who’s presiding over the case, has also been the subject of conspiracy theories. Schroeder was praised by conservatives for complaining about CNN’s coverage of the case earlier this week.

But when he removed a juror for making a joke about Blake’s shooting, others wondered whether he was conspiring to convict Rittenhouse.

“Wonder why in the community people are calling him a [George] Soros judge,” a Telegram user commented on the juror’s removal, adding the eyes emoji.

Soros, a billionaire who donates heavily to Democrats, is a favorite boogeyman for conservatives.

“This is a conspiracy justifying a vigilante,” opined one of the judge’s critics on Twitter.

Many have heralded Rittenhouse’s defense. But others believe that attorney Mark Richards is providing an incompetent defense because he wants his client convicted.

“Conspiracy theories in the Kyle Rittenhouse case are rampant in right wing white male country—they are saying Richards is throwing the case,” tweeted one.

Still, one pundit thought the prosecution was throwing the case, so that people would be inspired to riot after.