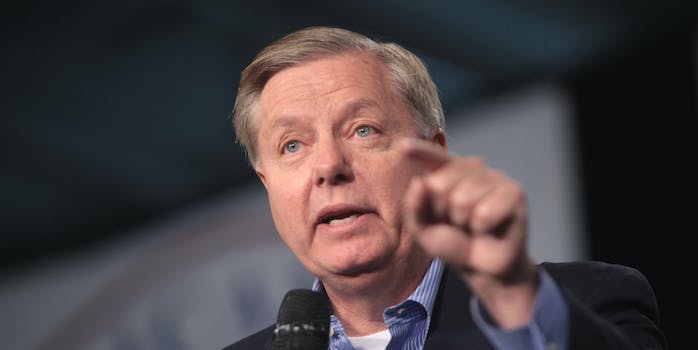 They say they're trying to stop platforms from censoring conservatives. In reality, the bill could make it a lot harder to police hate speech.

A trio of Republican senators have proposed sweeping changes to Section 230 of the Communications Decency Act. Those changes could greatly restrict platforms’ abilities to police hate speech and other dangerous content.

Section 230 insulates platforms from liability for content third parties post on their sites. It’s considered one of the bedrocks of the modern internet.

In recent years, some have argued for restricting that immunity. They believe that platforms’ free reign has encouraged complacency and led them to under-invest in moderating content such as child and revenge pornography, invasions of privacy, hate speech, etc.

Republicans have lately twisted the Section 230 debate into one about political speech. Arguing that platforms silence conservatives, they’ve pushed to dismantle the legislation—a move that would certainly please the likes of deplatformed conservatives such as Alex Jones, Laura Loomer, and David Duke.

Under the changes, platforms would be required to have an “objectively reasonable belief” that content violated its policies. Section 230 currently allows a platform to take action against content it “considers to be” a violation of its standards.

Author Tarleton Gillespie pointed out that the bill is silent on hate speech, disinformation, and conspiracy theories, which were previously adjudicated by platforms under the catch-all “otherwise objectionable” category. Striking this could mean that platforms are prohibited from removing such content.

These aren’t the only problems with this bill.

The bill also redefines “content provider” to include modifying or editorializing about posts. This could make companies liable for fact-checking or placing warnings on content that violates their policies, Gillespie argues.

This bill is one of several proposals Republicans have made to amend Section 230. Several have publicly groused that internet companies silence conservatives.

President Donald Trump is among those who believe that social media companies censor conservative views. He’s been enraged by Twitter and Facebook deleting or flagging his posts that violate their policies.

To wit, in May, Trump signed an executive order demanding the Federal Communications Commission reinterpret Section 230—a move some say could get Trump himself kicked off social media or even be the death knell for social media platforms altogether. The FCC has yet to issue an opinion on reinterpreting the law.

The senators make no secret that the Online Freedom and Viewpoint Diversity Act’s specific aim is to protect conservatives’ political speech and not, as many have advocated, somewhat narrow Section 230 on a nonpartisan basis to allow for liability when platforms systematically fail to police abusive, libelous, or otherwise harmful content.

“For too long, social media platforms have hidden behind Section 230 protections to censor content that deviates from their beliefs,” Wicker said in the release.

“Social media companies are routinely censoring content that to many, should be considered valid political speech,” Graham added. “This reform proposal addresses the concerns of those who feel like their political views are being unfairly suppressed.”