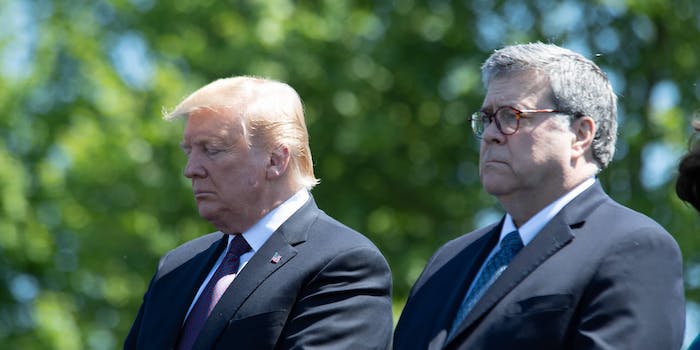 Section 230 has been under fire for a while.

The Department of Justice (DOJ) is set to unveil a legislative proposal that would target the liability shield for websites and tech giants today, according to several reports.

The legislation will propose changes to Section 230 of the Communications Decency Act, which essentially does not hold websites liable for what is posted on them by third parties. Section 230 has been called “one of the most valuable tools for protecting freedom of expression and innovation on the internet.”

The DOJ has hinted in the past that they want the section to be changed. Its proposal is coming just a few weeks after President Donald Trump signed a social media executive order that also targets Section 230. The executive order is facing a legal challenge, claiming that it is unconstitutional.

The Wall Street Journal and the Washington Post first reported on the DOJ’s intention to unveil the proposal.

The Journal described the proposed legislation as wanting platforms to more aggressively tackle illicit content and also be fair in what it decides to take down or moderate. Trump signed his executive order after Twitter decided to moderate several of his tweets, including one for “glorifying violence.”

The DOJ’s sights on Section 230 have also come up as part of the proposed EARN IT Act, a bill that would dangle the protections for websites unless they adhere to “best practices” for combating child exploitation online.

Because the DOJ has a hand in crafting those best practices, advocates have warned that a backdoor into encryption is likely to be included, prompting an outpouring of resistance against the bill.

Meanwhile, Sen. Josh Hawley (R-Mo.) will introduce a bill that targets Section 230 today, according to Axios.

The bill would prevent websites from getting the protections unless they update their terms of service to pledge to operate in good faith in regards to moderating content.