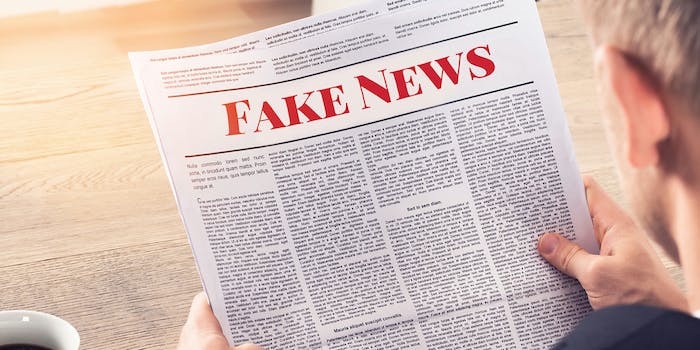 Almost half of Republicans believe accurate stories that cast leaders or groups in a negative light should be considered “fake news,” following a trend that President Donald Trump has pushed in the past several months.

A new in-depth look into media trust among Americans by Gallup and the Knight Foundation found that 2 in 5 Republicans think the definition of “fake news”—news that is completely false—should be expanded to include accurate news articles that that are negative for leaders or groups.

The survey found that 68 percent of Republicans harbor an unfavorable view of news media, compared to 54 percent of Democrats having a favorable view of the media. Young adults are “most likely” to believe that knowingly reporting false information is “always fake news.”

The term “fake news” has skyrocketed into prominence as Trump has used it as a catch-all for stories he deems incorrect, unflattering, or simply to define the news media as a whole.

On Wednesday, Trump is expected to announce the winners of his so-called “fake news awards.” It’s unclear how exactly the “winners” will be chosen.

However, the official GOP Twitter account has promoted a poll that asks people to choose the “king of fake news” by selecting particular stories from the president’s time in office.

All of the stories on the GOP poll had been corrected or retracted, which ethical news organizations do when there are issues with reporting.

Fabricated news has become such an issue on social media that some companies have integrated tools for users to help them judge the authenticity of content they are seeing online. Several games have also been built by developers to help people spot inaccurate content.

You can read all of the Gallup and the Knight Foundation study here.