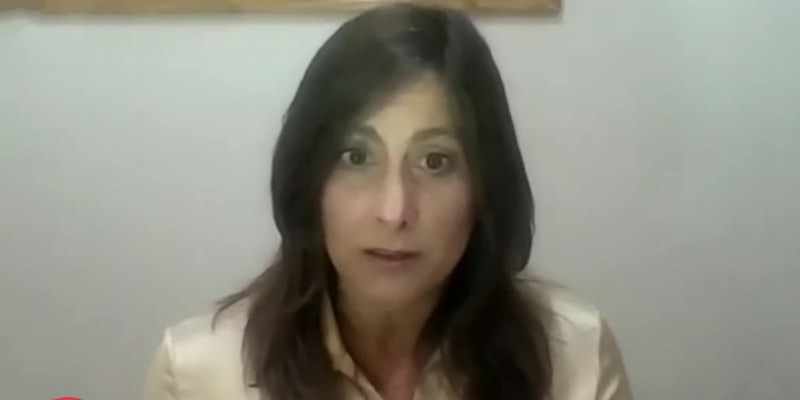 The representative says 'nonessential workers' during the Holocaust 'got put on a train.'

Rep. Heather Scott (R-Idaho) is facing criticism after comparing Idaho’s fight against the coronavirus to the policies of Nazi Germany.

During an interview last Thursday on a podcast known as the “Jess Fields Show,” Scott attacked the state’s Republican Governor Brad Little who labeled certain people as nonessential workers.

Scott went on claim that residents had begun referring to Little as “Little Hitler” due to the state’s stay-at-home order.

Scott’s comments, according to the Spokesman-Review, have been widely condemned by human rights groups throughout the state.

Brenda Hammond, president of the Bonner County Human Rights Task Force, expressed disbelief that an elected official could show “such deep disregard and lack of respect for what the Jewish people experienced during the time of the Holocaust.”

“Her words will be especially hard for members of our community whose own relatives were put on those trains,” she told the Spokesman-Review. “Not to mention the few Holocaust survivors we are still privileged to have living among us.”

The Spokesman-Review added that Scott declined to provide a comment for their story and instead released a statement on Facebook accusing the paper of preparing to release a “hit piece.”

Scott even doubled down and defended her comparison by stating that her “videos and interviews are generating a lot of positive responses and people are waking up.”

“My recent analogies are poignant and relative to our times,” Scott wrote on Facebook. “While human lives are certainly more valuable than a business, we cannot underestimate nor ignore that our businesses are the life blood of the citizens who own them, the communities they are in and to the customers they serve. Losing the former destroys the latter.”

This is far from the first time Scott has drawn criticism for her remarks.

The lawmaker bemoaned in 2017 that the media had tainted the term “white nationalist,” arguing that the title is not racist and merely represents nothing “more than a Caucasian” who supports “the Constitution and making America great again.”