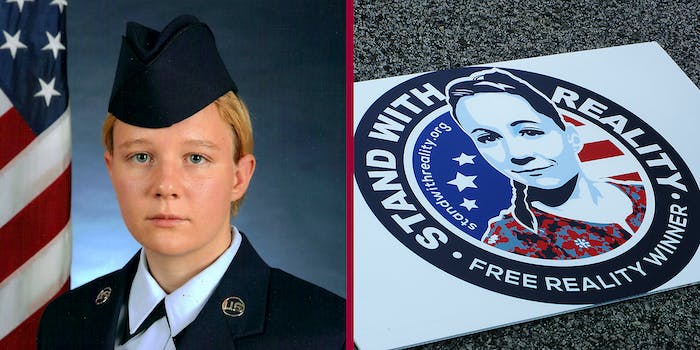 Winner was charged in 2018 after giving the media classified information.

Reality Winner, a former contractor for the National Security Agency (NSA), has been released early from prison.

Charged in 2018 after leaking classified information to the Intercept on attempts by the Russian government to interfere with the 2016 presidential election, Winner was sentenced to more than five years after entering into a plea deal.

Alison Grinter, an attorney for the ex-intelligence specialist, announced on Twitter Monday that her client had been released ahead of schedule due to good behavior.

Winner’s sentence was the longest ever imposed for the unauthorized release of government information to the media.

The former contractor had previously petitioned the Department of Justice (DoJ) to have her sentence commuted but was unsuccessful. Attempts to receive a pardon from former President Donald Trump also failed. Winner was likewise denied compassionate release during the coronavirus pandemic.

In a statement to CyberScoop, Grinter said that Winner’s legal counsel will continue to argue the case for both commutation and a pardon.

“The fight continues and I’ll still be taking meetings in Washington to press forward the case for commutation and pardon, but the family will be stepping back to concentrate on Reality and her health and healing,” Grinter said. “She became an aunt while she was behind bars, and she is going to spend as much time as she can bonding and tickling little feet as she adjusts to life in the world.”

Winner is currently being held at a residential re-entry facility in San Antonio and will be released from the program on November 23.