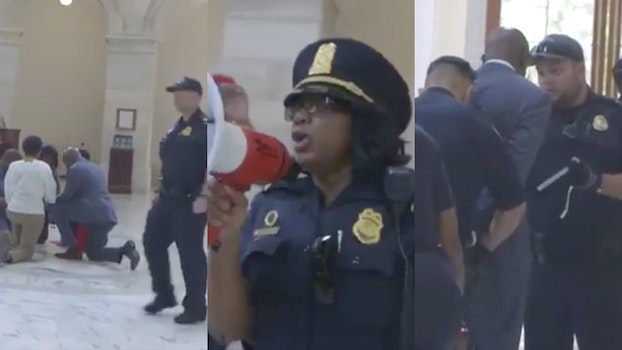 The senator-elect was peacefully protesting the repeal of the Affordable Care Act.

A viral video of Senator-elect Raphael Warnock (D-Ga.) being arrested for praying in the Capitol has resurfaced following Wednesday’s riot, sparking a conversation about how police treat different types of protesters based on their skin color.