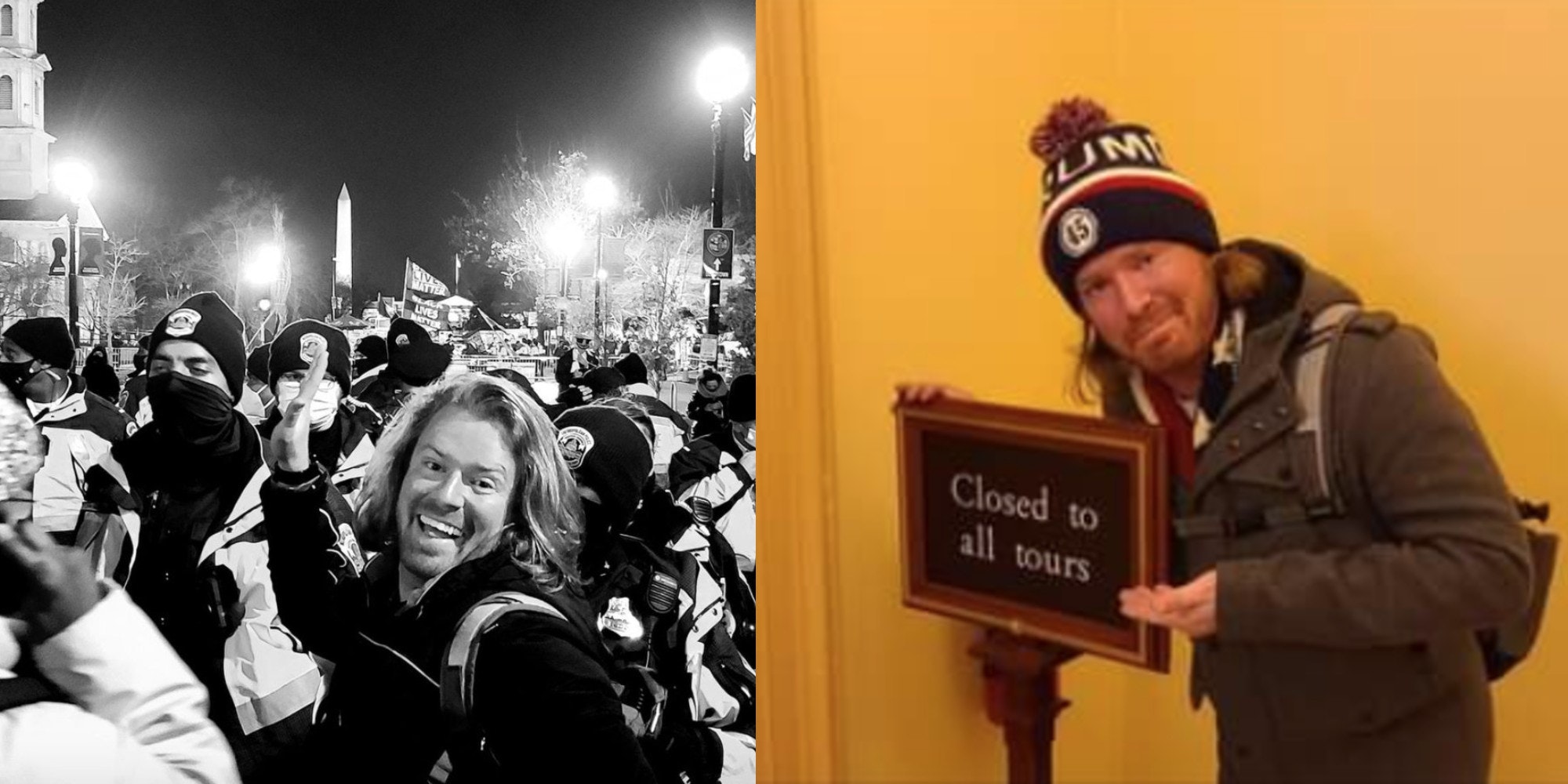 No, the infamous Capitol podium thief was not a BLM activist

The man in question is actually a pro-Trump, anti-BLM activist from Florida.

Supporters of President Donald Trump are continuing to shift the blame for Wednesday’s unrest in the nation’s capital by suggesting that the chaos was actually caused by left-wing protesters.