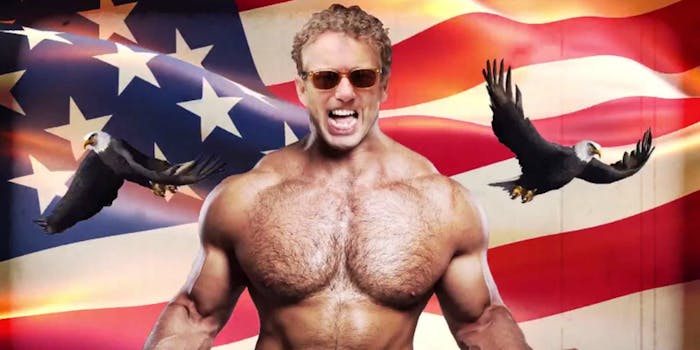 Politics is often compared to a bare-knuckle brawl. It’s a comforting metaphor—our elected leaders getting metaphorically bloody to defend our interests. In reality, politics is a lot more like professional wrestling—the outcome of each contest is usually scripted in advance, there’s far more trash talking before the match than actual fighting, and also Jesse Ventura is there for some reason.

Professional wrestling is such an apt metaphor for politics that the America’s Liberty PAC, a Super PAC backing Republican presidential candidate and Kentucky senator Rand Paul, used it as the framework for what’s likely the first attack ad of the 2016 primary season.

As you’ll recall, pro wrestling, much like politics, is insane.

Let’s break down the ad by the numbers.