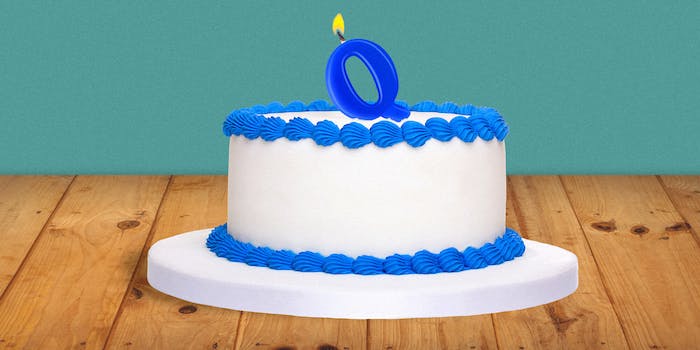 Hillary Clinton was not arrested and extradited, and yet a movement blew up.

Two years ago today, the mysterious conspiracy avatar known as QAnon made their first post on 4chan.

That post claimed Hillary Clinton was on the verge of extradition from wherever she had fled to, with both her arrest and massive riots to follow. While Hillary Clinton wasn’t arrested and the riots to follow never actually happened, those short few words started a movement that continues to gain strength, with more people being sucked in by Q’s vision of a massive purge of the deep state and the final battle in an epic war between good and evil.

But if one year ago, QAnon followers celebrated their first anniversary full of hope, another year finds their movement at a crossroads, possibly on the verge of no longer existing.

QAnon is the name given to a figure who used riddles, rhetorical questions, thought prompts, links to right-wing news sources, and context-free photos to create a mythology that a vast deep state was locked in battle with military intelligence. Q’s first posts had foretold a massive roundup of the Clintons, George Soros, and other liberal figureheads in an action that Donald Trump himself would unleash on Twitter as “the storm.”

“The storm” fizzled, but no matter. For the next year, Q grew slowly and quietly. In particular, it made converts of baby boomers, who saw Q’s call for followers to make memes and do their own research as an online community that they could be part of. More people started appearing in public wearing Q gear, talking about Q concepts like trafficking rings and “the deep state,” and trying to decode Q’s cryptic posts.

By October 2018, QAnon was riding high. The conspiracy had gotten its first sustained mainstream attention after a Trump rally in Tampa was set upon by Q followers wearing Q shirts, waving Q signs, and spouting Q slogans. An entire industry of Q decoders had appeared, while highly-regarded figures in Trump-land spoke approvingly of it. Even then-White House Press Secretary Sarah Huckabee Sanders was asked about QAnon.

“The movement that had hidden in the swampy shadows of 8chan and conspiracy YouTube was about to go public—with no less than the president himself possibly mentioning it,” the Daily Dot wrote at the time.

But a year later, things have changed.

To be sure, there have been successes getting the mythology out to a bigger audience. Q posted relentlessly for most of the year, taking time off on occasion only to roar back. And Q did seem to get at least one prediction right, when an Oct. 2018 drop declaring “53-47” turned out to peg the exact makeup of the Senate after the 2018 midterm, even if the original drop was more likely timed to Brett Kavanaugh’s confirmation, which passed 50-48.

Beyond that, there was a genuine achievement in the field of publishing. A number of popular Q promoters pooled their efforts to write a book called “An Invitation to the Great Awakening.” Despite being little more than collated blog posts, screen-capped tweets, and interview transcripts; the book was so successful that it was briefly No. 2 on Amazon’s top 100 books list, an astonishing feat for any book, much less one written by random people on a completely fringe conspiracy theory.

QAnon also had more jolts of mainstream fame, particularly with the suicide of Jeffrey Epstein. The financier and convicted pedophile was a major target of Q drops. When he was found dead via his own hand in his Manhattan jail cell, the conspiracy theory stars seemed to align so perfectly that a number of outlets openly speculated if “QAnon was right.”

Then there was the bizarre series of events that began when a popular QAnon promoter shared a “decoding” of a James Comey tweet that “alleged” a potential false flag attack on a charter school fundraiser in rural California in May. The event was swamped by so much unwanted attention from the tweet that its organizers canceled it.

The incident gave QAnon publicity all over the world, and the movement truly believed they had saved the lives of event attendees. In reality, the event never had a hint of a connection to Comey or the “deep state” and the school district lost thousands of dollars.

There were failures—starting with the many predictions Q got wrong. Q continued to tease a great declassification of documents that never happened, incorrectly claimed that secret tunnels and Satanic chambers would be found on Epstein’s island, falsely declared we were “witnessing the destruction of the old guard,” teased that Ruth Bader Ginsburg was about to be revealed as a nearly dead husk kept alive by secret drugs, and hinted that Barack Obama and Robert Mueller would be charged with treason with Rep. Adam Schiff (D-Calif.) indicted for leaking classified information.

None of these things happened. But with Q, getting things right is never as important as getting things out there. So even if the Comey tweet was meaningless, or Trump continued to ignore Q, or Q’s many other vague predictions didn’t come to pass, just the fact that anyone talked about them at all was enough success that it sustained many believers.

But none of that outweighs the biggest negative in the Q movement: Q hasn’t posted since Aug. 1. The three-month gap is the longest the movement has ever endured. More than that, Q has essentially been silenced. Through its own mandate of “no outside comms,” Q only posted new drops on 8chan. That was fine, as long as 8chan was up and running. But just a few days after Q made its last post (a cryptic note that “August is traditionally hot”), 8chan itself was deplatformed by its web security host, Cloudflare.

The reason: the third instance of a mass shooter posting a deranged manifesto on the imageboard right before going on an alleged rampage.

After months of demands that 8chan lose its web host, it finally did. Since then, board owner Jim Watkins has been on a seemingly never-ending (yet always nearly-completed) quest to get the board back running. First, he went to a different U.S.-based web host, only to be kicked off again. He’s tried servers in the U.K., China, and most recently Russia—all of whom have told Watkins “no thanks,” due in large part to the effort of 8chan’s creator-turned-enemy, Fredrick Brennan.

So far, Q’s silence hasn’t had any profound effect on the beliefs of Q’s supporters. They’re still fighting their never-ending war against the deep state with memes and tweets. Right now, they’re especially invested in proving the impeachment inquiry against Trump is a coup attempt engineered by Joe Biden, Ukraine, and a cyber-security company.

But without new material to puzzle out and new riddles to decode, how long will that last? If Q never posts again, will Q still exist? The Daily Dot has spoken to Q supporters in the past regarding posting droughts, and they all said they’d still believe even if Q never posts again? But is that a way to sustain a movement?

A year ago, it was possible to see Q as something that might either burn on indefinitely. The posts were still coming, and there was the tantalizing possibility that Trump might mention it in an interview or at a rally—which would introduce it to millions of potential new converts. But with 8chan gone, it’s hard to imagine Q sticking around much longer, at least not in its current form.

Or not. All it would take is Jim Watkins to find a web host somewhere in the world sympathetic enough to stay online for just a few hours. Then one Q post on the revived 8chan could include a guide or key telling followers where to find new Q posts. Freed from 8chan, Q could go back to making drops for as long as they wanted to. It would likely spark a new wave of enthusiasm, and with it, more media coverage.

And it’s not as if Trump has become less enamored of conspiracy theories in the last year, meaning the long-awaited Trump mention could still come true. And QAnon believers continue to wait on every update from Watkins, biding their time until the site returns.

Conspiracy theories rarely ever just die. They usually just get subsumed into some other conspiracy theory. That’s true for QAnon, which is simply a different version of other plots driven by “secret intelligence,” such as the Iraqi dinar scam, or the pie-in-the-sky economic utopia conspiracy NESARA—which both share a number of similarities to Q, but also differ in significant ways.

Q didn’t appear out of nowhere, and even if Q themselves is gone for good, the movement probably won’t disappear, either.