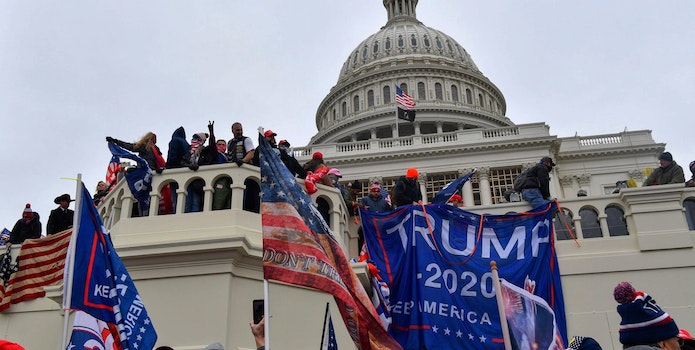 The Capitol ransacking was what QAnon always wanted

This was the only ending the movement could be satisfied with.

Supporters of President Donald Trump’s doomed effort to will himself to a second term, amped up by a day of rambling speeches and months of promises someone at some point would force Joe Biden to concede an election he won, rushed the Capitol yesterday, where the Electoral College certification was taking place.