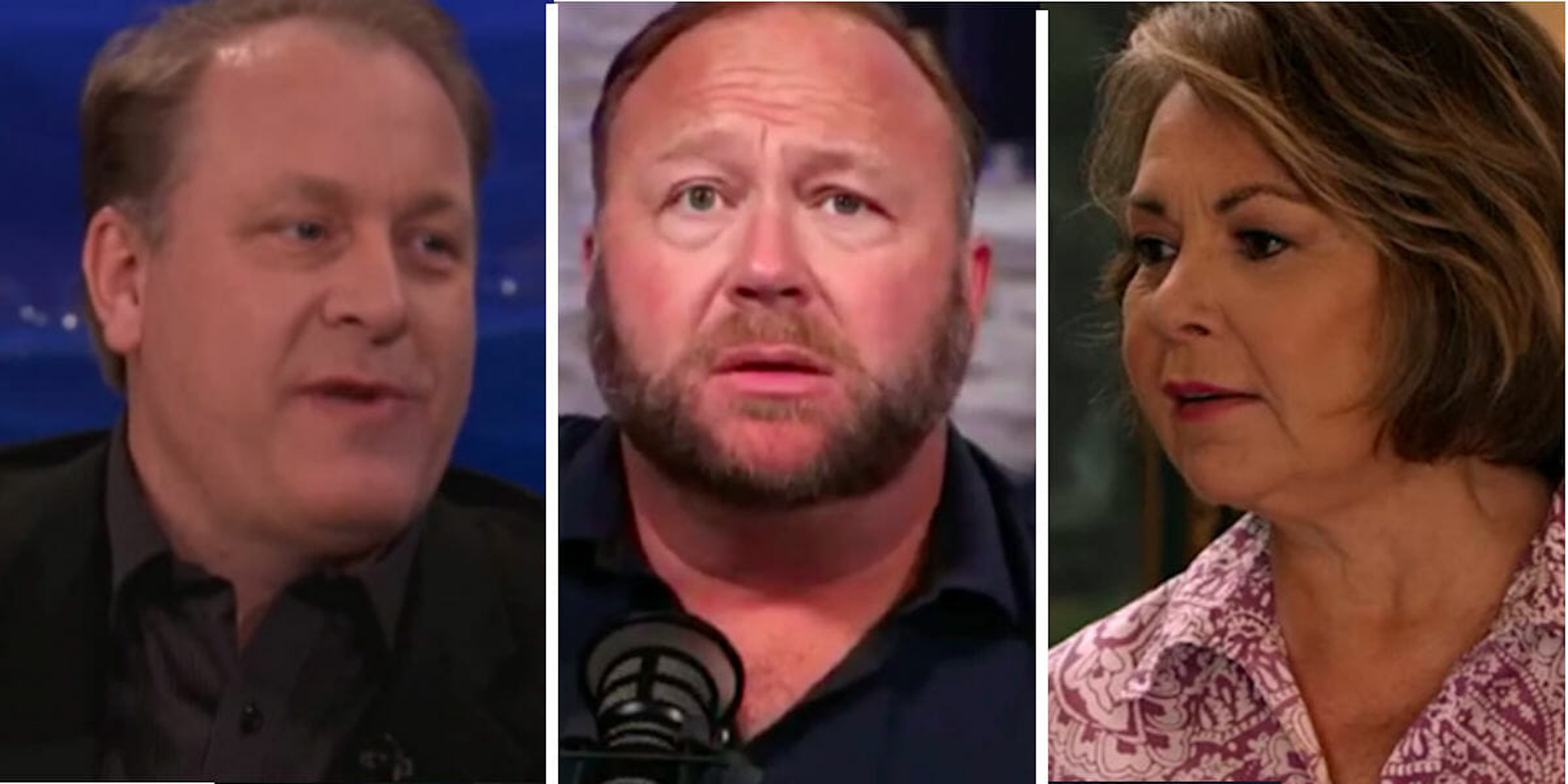 Who are the biggest Q Anon believers in conservative media?

Why do they buy it?

Unlike its predecessor conspiracy theory Pizzagate, which seemed to jump from fringe conservative websites to the mainstream media overnight, offshoot conspiracy theory Q Anon has been much more of a slow burn.

The theory that someone in the administration of President Donald Trump is anonymously dropping cryptic nuggets of classified information first hit the internet in late October 2017, but didn’t draw mainstream attention until a few months after that.

And it took even longer for the theory to start drawing its first celebrity followers, most of whom are already ensconced in the noise machine of conservative media. To the far right, Q Anon represents the possible fulfillment of their hopes that the Trump administration will clean out “the swamp” of deep state bureaucrats, Clinton acolytes, and Hollywood freaks that have been dragging the country down for decades.

It’s for precisely these reasons that Q Anon hasn’t caught on with liberals. Most have dismissed it out of hand as a deranged conspiracy theory, and openly mock the idea that Donald Trump is a secret genius working to take down an all-powerful cabal.

But even just conservative celebrities rallying around QAnon has made it a rare thing: a conspiracy theory that grows in traction, rather than burning out.

Roseanne Barr: An unabashed conspiracy theorist, Barr has espoused beliefs in chemtrails, claimed Palestinians own black slaves, touted the MKULTRA mind control conspiracy, and frequently retweets some of the worst fake news sources on the internet. In November, just as Q Anon was starting to pick up speed, Barr made multiple tweets either asking who Q was or asking for Q to contact her directly.

A little after that, Barr’s Twitter account shut down and she seemed to go dark on social media. But she to promote the return of her hit sitcom. In April, Barr tweeted her support for Q Anon with a now deleted message about Trump “freeing so many children held in bondage to pimps.”

Barr didn’t mention Q Anon, but the belief that Trump was single-handedly taking on sex slavery rings fits perfectly with the mythology of Q—and also fits with her previous support of Trump.

Barr pumped out a few more Q-related Tweets before moving on to uncut racism, culminating with her tweeted attack on former Obama advisor Valerie Jarret, which got her fired from her own show.

Curt Schilling: The former Major League pitcher turned far right radio infotainer has already lost a TV analysis gig over comparing Muslims to Nazis, and then was fired by ESPN for sharing an anti-trans Facebook meme.

Since then, he’s gone full-blown conspiracy theorist with his recent embrace of Q Anon. During the June 27 episode of his Breitbart-hosted podcast, Schilling pontificated at length on the mysterious Q, declaring it to be “a group of people that are very Christian, focused group of people, who believe the deep state is real.”

He also extolled listeners to find a Q video on YouTube, and publicized the Twitter account of prolific Q believer @prayingmedic, who claims to offer “Insights on President Trump” while doling out endless retweets of Q followers.

Alex Jones: Nobody should be shocked that conspiracy godfather Alex Jones quickly jumped on the Q bandwagon. Jones became an early mouthpiece for Q’s theories on the deep state’s control of America, creating an hour-long video to share “Secrets of QAnon, The Storm, and The Deep State Counterstike [sic]” in December 2017 – before most people had even heard of Q.

Jones continued touting both Q and his connections to high-ranking White House sources, claiming at one point that five different people in the Pentagon were feeding him information that backed up what Q was dropping.

But the conspiracy theory community is nothing if not fickle, and Jones turned against Q in May, claiming that the original Q posting group, who were all high-ranking members of the intelligence community, had been compromised by the CIA and NSA, becoming “an overrun disinformation fount.”

Jerome Corsi: Corsi is a banker turned professional conspiracy theorist who has managed to hit the New York Times Bestseller list on several occasions by attacking Democratic candidates for president with outlandish allegations. He was one of the first people to popularize the “birth certificate” conspiracy theory against Barack Obama, and later jumped into the Q Anon game as Alex Jones’ “Washington DC Bureau Chief.”

Spewing out an endless series of videos and tweets “decoding” QAnon drops, Corsi somehow figured out that Q had recruited Trump to run for president, in order to stop the deep state from taking over. Corsi managed to get himself kicked off YouTube temporarily for his prolific Q posting, but kept at it, usually appearing with Alex Jones to go over new drops.

But when Jones soured on Q, so did Corsi, with the dispute devolving into accusations that Corsi actually was behind Q.

Sean Hannity: The Fox News figure and unofficial Trump cabinet member has only tiptoed into the Q Anon pool, but made big waves when he did.

In January, Hannity retweeted a post by the aforementioned “Praying Medic” account, which claimed that Ecuador had “suddenly” offered to mediate a resolution to the Julian Assange embassy standoff. That post included the #QAnon hashtag, which set off a flurry of stories that Hannity was a Q believer. It’s the only time he’s mentioned Q.

Rush Limbaugh: Limbaugh has mentioned Q once on his show, and seemed befuddled by the whole thing. During a March 30th ramble about Roseanne and the media, Limbaugh seemed to think Q Anon was a chatroom where people discuss “anti-Trump conspiracies that anti-Trump people are behind and believe in.” He hasn’t mentioned it since.

But the longer QAnon lingers, the more likely it will be to catch the eye of conservative celebrities looking to cash in on the hot new conspiracy theory.