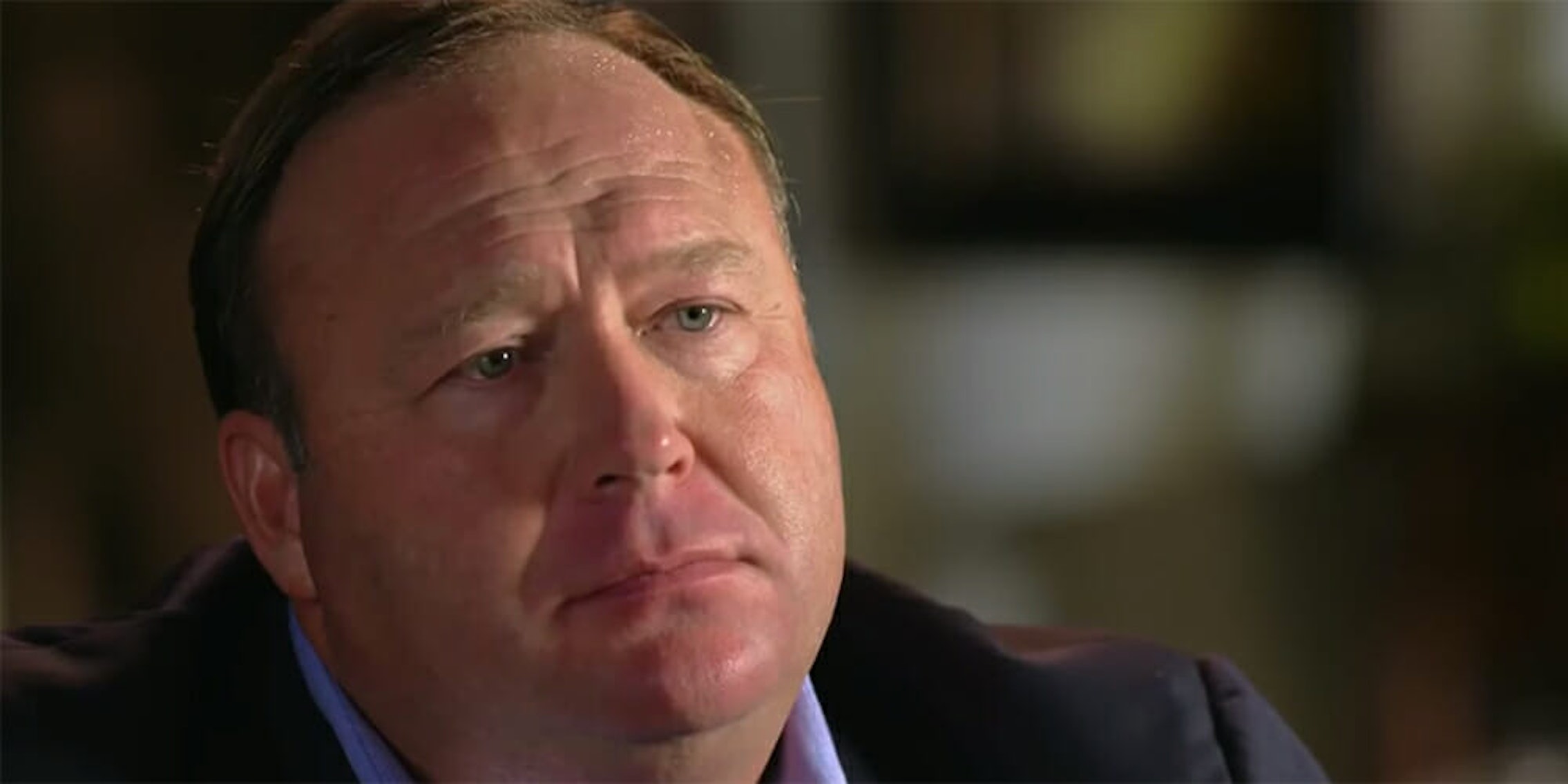 Alex Jones claims anonymous QAnon account has been ‘taken over’

'Stick a fork in the avatar of QAnon.'

Alex Jones is claiming that the end has come for the anonymous QAnon account, which right-wing supporters believed to be run by a high-level Trump administration official (or officials) leaking classified intelligence on message boards like 4chan.

QAnon had for months dropped “breadcrumbs” of clues they said would lead to the revelation of a huge sex trafficking conspiracy at the highest levels of government. Jerome Corsi, the Washington bureau chief for Jones’ Infowars, had for months been following the trail of breadcrumbs, aka “decoding” cryptic messageboard posts by the anonymous figure.

But recently Corsi wasn’t getting the info he wanted from the source, and now Jones claims he’s talked to the people behind QAnon. Jones said the account has been “taken over,” left-wing advocacy group Right Wing Watch reported Friday.

“I was on the phone this morning talking to some folks who were out playing golf with people that have been involved in QAnon, they say, ‘Hey, that’s been taken over, we’re unable to even post anymore, that’s not us anymore,’” Jones said on his radio show. “I’ve talked to QAnon. There is only about five or six that have actually be posting. I’ve talked to QAnon and they are saying QAnon is no longer QAnon.”

Corsi, who believes the original QAnon account was run by high-ranking military intelligence officials, agreed with Jones. Now, Corsi claimed, the account has been “completely compromised” by CIA and National Security Agency officials who are using the account to spread false information and “destroy the movement.”

“Stick a fork in the avatar of QAnon,” Jones said. “It is now an overrun disinformation fount.”