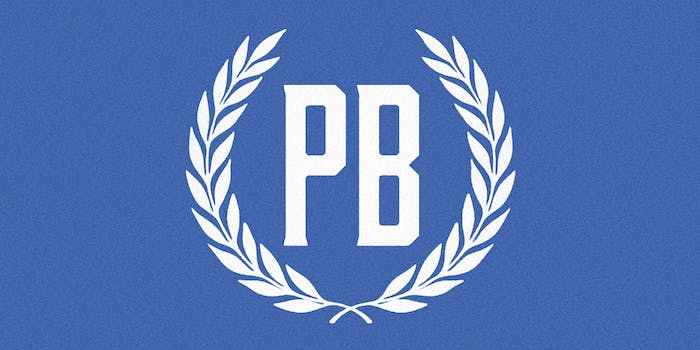 How the Proud Boys are getting antifascist researchers booted from Facebook

The Proud Boys are a far-right group that describes itself as “western chauvinists.” In 2018, the Federal Bureau of Investigation labeled them an “extremist group.” Several Proud Boys have been arrested for their alleged roles in the Capitol riot. The group itself has been named in a lawsuit over the riot.

In its Twitter bio, Ireland Against Fascism describes its work as “exposing fascism/racism in Ireland and worldwide,” and adds, “No free speech for far-right hate.” Its Twitter feed largely contains posts about those it identifies as COVID-19 deniers, anti-maskers, anti-vaxxers, far-right extremists, conspiracy theorists, and hate groups.

“PBs are organised. PBs mass report gets ur shit taken down. Might take a while but u get got eventually.” [sic]

On Monday, both Proud Boys groups celebrated Facebook suspending the antifascist group’s backup page. Official Proud Boys Britannia wrote that they’d worked together on “a joint mass reporting campaign against Ireland Against Fascism which resulted in both of their pages being deleted!”

“Their main page had over 8,000 followers and we sunk it like the bloody Titanic!” the Proud Boys continued. “Never underestimate our knowledge, skill and reach!”

“Fuck I love this. Makes me moist,” the Irish Proud Boys group added in a separate post on its channel.

Ireland Against Fascism told the Daily Dot that Facebook suspended them for exposing groups and individuals that post COVID-19 denialism, conspiracy theories, and other hateful content.

“Facebook said that [we] posted dangerous COVID disinformation when we exposed those mentioned above, but we reported all of their COVID-denying crap to FB since they started with it and FB finds nothing wrong with their COVID-denying QAnon propaganda,” the organization said via Twitter message.

Ireland Against Fascism said it had appealed to the social media giant to no avail.

“…[A]pparently FB are cool with mass reporting of our page and also cool with COVID-denying anti-mask, anti-vax [QAnon] propaganda,” it added.

The antifascist group said that it opened a third page, but that too was swiftly shut down.

Now the Official Proud Boys Ireland channel is planning to mass report other antifascists. On Monday, it posted screenshots of the Facebook pages of Limerick Against Fascism and Dublin Republicans Against Fascism, followed by a poll asking, “Who’s next for a mass report ban hammer?”

Via Facebook messenger, Dublin Republicans Against Fascism told the Daily Dot that it isn’t worried. “If it comes, it comes,” it said.

Mass reporting campaigns have emerged in recent years as an effective means of de-platforming people and groups with opposing views. As the Daily Dot reported earlier this year, the Proud Boys deployed this strategy against antifascist columnists on Patreon.

Facebook has said that the number of times something is reported has no bearing on its decision-making process.

“We use the same guidelines each time we review whether a profile goes against our Community Standards,” the company claims.

Nevertheless, mass reporting campaigns have been undeniably effective. The issue is not unique to Facebook. There are numerous examples of these campaigns resulting in temporary or permanent suspensions on various platforms.

Ireland Against Fascism believes that Facebook’s action against it speaks to its “active support” of the far-right. It said it plans to present evidence of such at a symposium about the far-right next month, which it was invited to based on their work exposing extremists in Ireland.

“We will show all the dangerous crap they post + threats/ death threats they post and the messages we have received from Facebook that that kind of posts does not go against their Community Standards,” it told the Daily Dot.

It sent Facebook a message this morning vowing to expose the company.

“We will also take great pleasure in showing how Facebook actively supports disinformation from those dangerous QAnons, while taking down pages that actively tries to warn people against the QAnons, pages like ours who expose and debunk them on a regular basis,” it wrote to Facebook after admins received access to their accounts back. The antifascist page remains down.

“But it will be a pleasure tinted with grief. Because you destroyed our lives’ work trying to warn people against them, while you leave their dangerous propaganda up on their timelines and in their groups.”

In the meantime, it says it is not backing down—from Facebook or the Proud Boys.

“We are shattered today, but will be back. All admins are 50+ with a combined 120 years of Antifascist activism behind us,” it said.

“Those bastards will not break us.”

Update 11:00am, CT, Aug. 10: A company spokesperson told the Daily Dot that, while it removed some content from the pages, Ireland Against Fascism as a whole didn’t violate its policies.