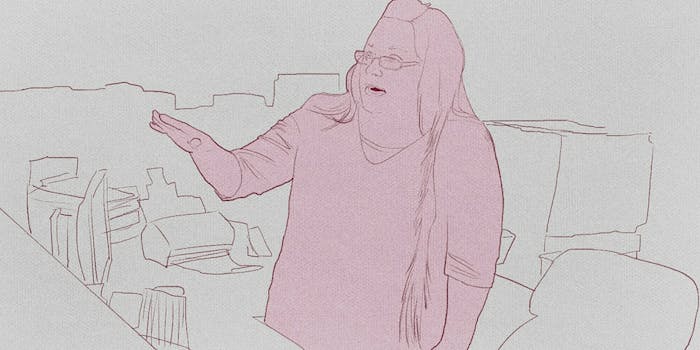 No further comment regarding the meeting is expected from Vatican officials.

No further comment regarding the meeting is expected from Vatican officials.

“It is not right to interfere spiritually in the life of a person.”

Laurie Goodstein, a religion correspondent for the Times, reported that the visit was documented by Vatican photographers, according to Davis’s attorney, who said he expects the photos may be released soon.

Rumors of the meeting originating from a report by Pope Francis biographer Dr. Robert Moynihan, founding editor of Inside the Vatican magazine. The report caused a stir online late Tuesday night. According to Moynihan, who spoke directly with Davis, the meeting was likely kept secret in an attempt to prevent it from overshadowing or “politicizing” the pope’s first U.S. visit.

“Thank you for your courage,” Pope Francis reportedly told Davis, in an account of the meeting published on Inside the Vatican’s website. Davis said she and pope embraced in what she described as an “extraordinary moment.”

According to Davis, both she and her husband, Joe Davis, who was also present for the meeting, received rosaries blessed by the pope. The couple reportedly gifted the rosaries to Kim Davis’s mother and father, who are Catholic.

The meeting between Pope Francis and Davis exemplifies the pope’s ministry, which bucks the traditional right-left dichotomy so common in American political discourse.

The pontiff has negotiated the divide between evolution and creation, chastised politicians and business leaders for dismissing climate change, and compared the unconstrained capitalist obsession with money to worshiping “the golden calf.” In the process, he’s cultivated high ratings among the least religious generation in American history.

Nevertheless, Pope Francis, who previously condoned conscientious objection like that of Davis, does not support same-sex marriage.

Pope Francis has said only that judging others based on their sexual orientation conflicts with the catechism, or principles, of the Catholic Church. “If a homosexual person is of good will and is in search of God, I am no one to judge,” he said in a 2013 interview. “It is not right to interfere spiritually in the life of a person.”