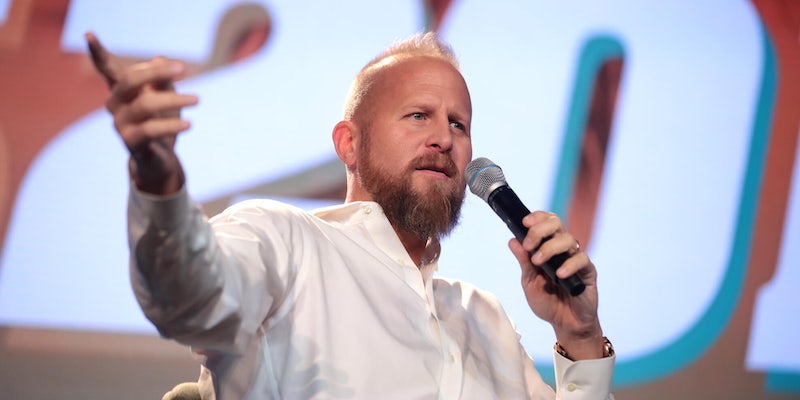 Amid the uncertainty surrounding the results of Monday night’s Iowa caucuses, President Donald Trump’s campaign manager Brad Parscale fanned the flames, questioning whether the process was “rigged” in a tweet.

Parscale wrote the tweet on Monday night as the results of the Iowa caucuses were delayed from being reported by the state’s Democratic party as they worked on “quality control.”

“The tweet is not in violation of our election integrity policy as it does not suppress voter turnout or mislead people about when, where, or how to vote,” a Twitter spokesperson told the news outlet early Tuesday.

The company’s rules prohibit people from tweeting misinformation about how to participate in an election, and voter suppression and intimidation, among other things.

Donald Trump Jr. also tweeted on Monday, saying that “quality control” meant “fixing the results to get the candidate the Democrat Overlords in DC want.”

And by “Quality Control” they mean fixing the results to get the candidate the Democrat Overlords in DC want. https://t.co/EkIztYHYuN

“Mark my words, they are rigging this thing… what a mess. This is why people don’t want the #Dems running our county. #meltdown,” the president’s son tweeted.

Mark my words, they are rigging this thing… what a mess. This is why people don’t want the #Dems running our county. #meltdown

There is no evidence supporting the claims. Results are expected to be announced later today.