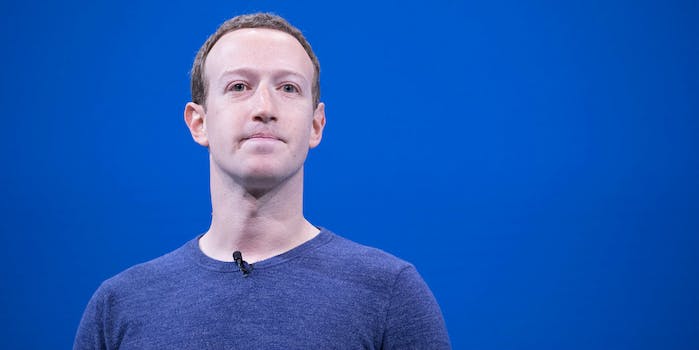 The nation is considering setting up its own rival service.

Facebook’s ongoing privacy woes have lawmakers and users worried about the potential effects social media has our society. In just the past year, the company has been accused of addicting people to the platform, allowing election interference, and failing to protect the privacy of 2.2 billion users. These fears have culminated in three separate testimonies where CEO Mark Zuckerberg fielded heated questions from U.S. and E.U. lawmakers on a range of problems.

But one island in the Pacific isn’t going to listen to Zuckerberg dance around another important question with scripted answers before it takes a stand. The small country of Papua New Guinea will shut down Facebook for one month, its Communications Minister Sam Basil told the Post Courier. Analysts in the island nation will use the aggressive action to conduct studies on how its citizens browse the platform while removing fake accounts, fake news, and pornography.

“The time will allow information to be collected to identify users that hide behind fake accounts, users that upload pornographic images, users that post false and misleading information on Facebook to be filtered and removed,” Basil said. “This will allow genuine people with real identities to use the social network responsibly.”

The country’s communications and information technology department will determine whether the shutdown has a positive impact on people and weigh it against what progress the site brings. The shut down will be implemented as part of the Cyber Crime Act, a legislation passed in 2016. Basil also said the country is flirting with the idea of releasing its own state-run social network where members are verified as actual citizens.

As the Guardian notes, only about 12 percent of citizens in Papua New Guinea, an already small country of just 8 million people, use Facebook. It is therefore unlikely to have a significant impact on the leading social media giant. However, if Papua New Guinea determines Facebook is having a negative impact on its citizens, it could cause a ripple effect among other smaller countries.

Even some of Facebook’s largest markets, including the U.S., are considering enacting government regulation against social media networks. When asked about federal regulation, Zuckerberg called it “inevitable” but warned against stifling innovation.  The company has seen increasing pressure from Europe over the past few weeks as the General Protection Data Regulation (GDPR) was put into effect. Facebook (along with Google and Amazon) was hit with a lawsuit for failing to comply with the strict rules.

Papua New Guinea will take things one step further, and if it determines Facebook has an unfavorable effect on people, could remove it for good.

“We cannot allow the abuse of Facebook to continue in the country,” Basil said. “I will now work closely with the police for them to be properly trained and informed to fully enforce the Cyber Crime Act.”