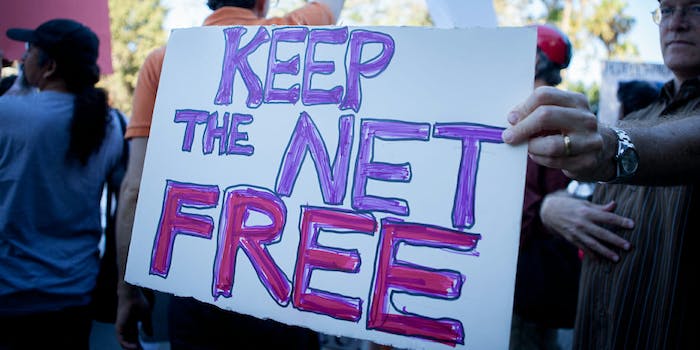 Colorado net neutrality bill expected to be signed into law

The bill is expected to be signed by Gov. Jared Polis.

Colorado appears to be on the verge of passing its own state-level net neutrality law.

The bill would block telecommunication companies from receiving state grants if they do not abide by net neutrality tenets. It passed through the state’s House on Thursday, setting it up for a signature from Gov. Jared Polis (D), according to the Colorado Sun.

The bill is expected to be signed by Polis, according to the Sun, whose spokesperson told the newspaper that he “supports this bill.”

Colorado would join a number of other states who have enacted state-level net neutrality laws since the Federal Communications Commission (FCC) repealed the rules in 2017.

Some states, like California and Vermont, were sued over their net neutrality legislation. Both states agreed to delay their implementation until a decision is made in Mozilla Corp. v FCC by the United States Court of Appeals District of Columbia Circuit. The lawsuit challenges the legality of the FCC’s repeal.

Meanwhile, in Congress, the House of Representatives is expected to vote on the Save the Internet Act–which would undo the FCC repeal and restore the 2015 Open Internet Order–next week.

The bill is expected to pass through the Democrat-controlled House, but faces more of an uphill battle in the Senate.

You can read all of the Colorado Sun report here.