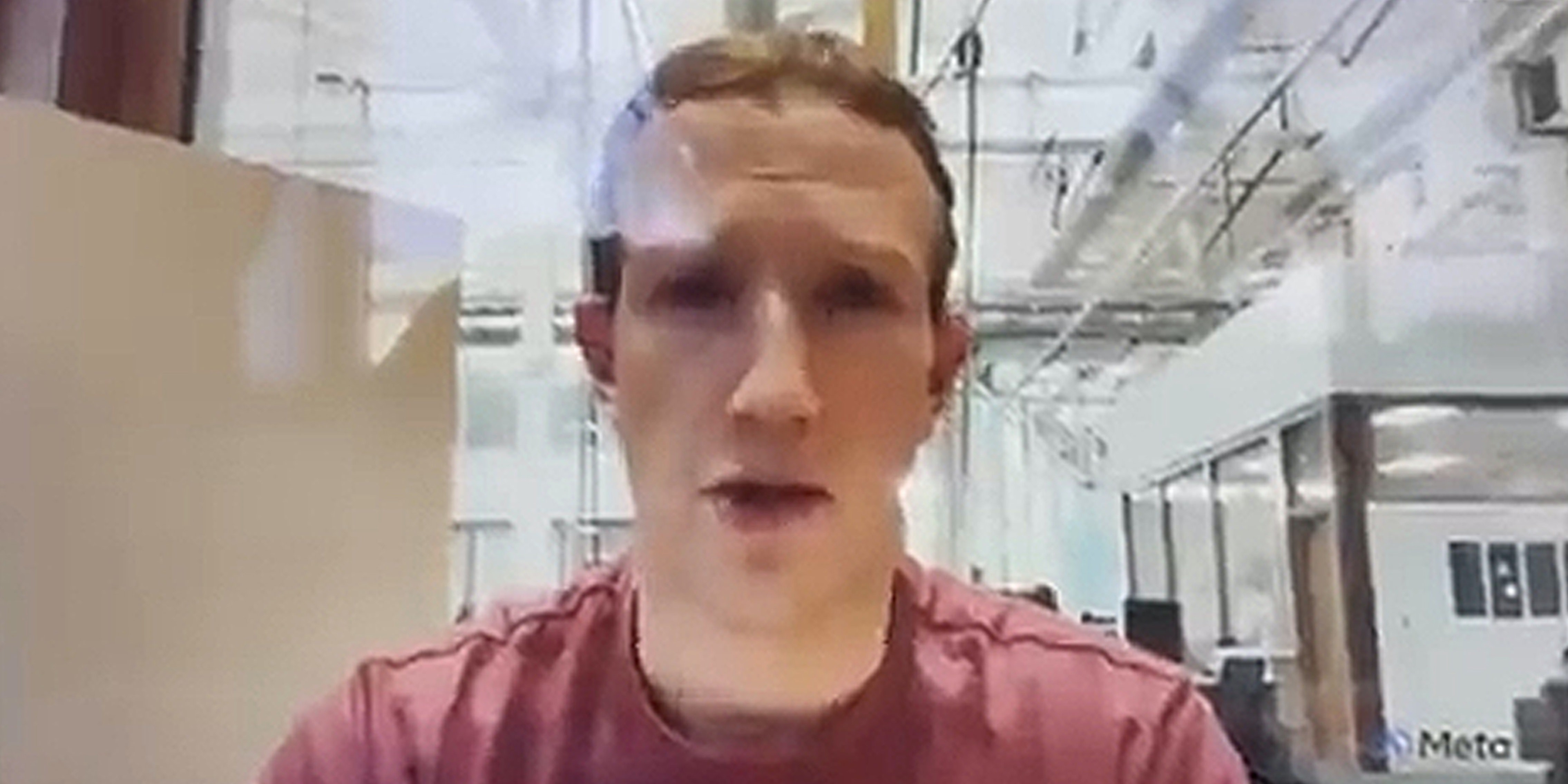 The video, originally published by CNBC on Wednesday, shows a grainy video of Zuckerberg addressing employees.

“I’m the founder and CEO, I’m responsible for the health of our company, for our direction, and for deciding how we execute that, including things like this, and this was ultimately my call,” Zuckerberg said in the video. “It was one of the hardest calls that I’ve had to make in the 18 years of running the company. And a lot of why it’s hard is, obviously, it has a big impact on your lives, but also for our mission. We’re losing people who… you’ve really put your heart and soul into this place.”

Zuckerberg was addressing employees just hours after the company laid off 13% of its staff. In a letter earlier that morning, he said every organization under the Meta umbrella would be making reductions, but that recruiting would be disproportionately affected since the company expects to hire fewer people in 2023. Meta also extended its hiring freeze into the first quarter of 2023 with few exceptions, Zuckerberg wrote.

Meta will pay laid-off employees for 16 weeks plus two additional weeks for every year of service with no cap, according to the letter, and will cover health insurance for six months.

Some on Twitter called out Zuckerberg for going all in on the metaverse, while others chose to meme the Meta CEO.

“11,000 Facebook employees are without a job because Zuckerberg sunk tens of billions into Second Life But Worse,” a union advocacy group said. “Tech workers need workplace democracy too. They need unions.”

Another poster compared Zuckerberg to the viral LinkedIn crying CEO.

“Hopefully he saves this video so he can replay it in 3 to 6 months for the second wave of layoffs,” another user said.

“Yes yes, well done for helping make me rich but now I take full responsibility for sacking you through no fault of your own 6 weeks before Christmas,” said another, making fun of the timing of the situation. “As you were. Now, where’s my soul 👀👀👀”