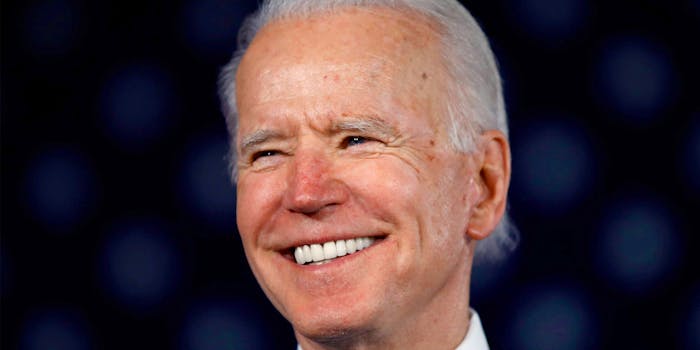 Why QAnon promoters are latching on to March 4

What is supposed to happen on March 4?

Since first emerging from the troll swamps of 4chan’s /pol/ board in Oct. 2017, the QAnon movement has transformed into a conspiracy theory of everything, from vaccines to social media monopolies, from election fraud to whether aliens exist. But at its core, Q has always been about two things: the first is the approaching mass arrest of all of the pedophiles and traitors at the heart of business, politics, and the Democratic Party. The second is coming up with rationalizations for why it never happens.

Q is a movement based on prophecy. But with its lead prophet gone, new promoters are trying to tell their own tales.

Before the inauguration of President Joe Biden on Jan. 20, that prophecy was of former President Donald Trump tweeting that “the storm was upon us” and Democrats being arrested. With Biden in office, that prophecy appears to have failed. But while the Q movement continues to search for direction with no new drops from Q since Dec. 6, its need for a great hope to cling to hasn’t changed. There’s only been an alteration of what that event is. Increasingly, Q believers and promoters are moving toward the exposure of Joe Biden as a fake president, with Trump re-taking his rightful place in the Oval Office once it’s happened.

Many have now adopted March 4 as the potential date that Biden will be forcibly removed from office and magically replaced with Trump. The idea of Trump “replacing Biden,” either on that day or some other, has already caught on in QAnon social media. Q promoter David “Praying Medic” Hayes, who has based his entire online persona on having supernatural access to prophecies, has latched onto the idea, making multiple videos in February declaring that the military will be “compelled by God” to remove Biden to prevent a “right-wing insurrection.”

Other Q personalities have alluded to Biden’s removal from office, though not necessarily on March 4, including Inevitable ET and MelQ, who each have over 50,000 followers on Telegram. A video about Michael Flynn’s role in the March 4 great event has also racked up over 54,000 views on Rumble—a fairly large amount for post-crackdown QAnon social media. The major Q Telegram channel “We The Media” also made a reference to “the start date for the new Republic”  being “March 4, 2021,” and Q promoter QTah dropped a reference to Trump being “the 19th president,” based on the March 4 theory.

At this point, QAnon promoters need to run with ideas about Biden magically being removed from office because Q themselves is giving them nothing, and their followers are desperate for assurance that everything is going to be OK. Like many other times when Q has gone silent, they’re running with the conspiracy themselves, rather than waiting for guidance from Q.

The details of what is supposed to happen vary depending on which of these Q personalities you read and some anons on 8kun are skeptical of the whole thing happening at all. But the most important thing to know about the “March 4 inauguration” is that it is not going to happen. But it isn’t there to come to fruition, it’s there to keep the movement alive.

The idea is based on the conspiracy theory that the United States was turned into a corporation via a congressional act in 1871, and that the Constitution’s original inauguration date of March 4 still applies to the country that the United States used to be, not the corporation that it is now. And because of this, Donald Trump would become the 19th “real” president, with every president between 1871 and now being a fake president (including Trump himself.)

The “congressional act” passed in 1871 is called the District of Columbia Organic Act. But that Act only created a municipal government for the nation’s capital. Q believers interpret it as turning the U.S. into a corporate entity thanks to a misreading of the act’s use of “municipal corporation,” which in this case means only a local governing body, rather than a company.

As Q’s silence has continued, Q’s followers are looking far and wide for some sign that Q and Trump were right this whole time. So a phony date for Trump’s “real inauguration” is bound to be a winner with this movement— to the point where Trump’s hotel in D.C. has jacked up its rates for the weekend of March 4, anticipating MAGA believers coming to town to watch the “real” inauguration.

But the origin of the belief is less important than the belief itself—it’s a prophecy to cling to. And for Q believers, that sense of hope means more than any inconvenient details, such as the District of Columbia Organic Act having nothing to do with turning the U.S. into a corporation. Inevitable ET’s post, for example, didn’t mention March 4, but heavily leaned on the “corporation,” writing “Getting rid of the 14th amendment would be part of undoing the Act of 1871- in which we are all slaves Bc we are citizens, not sovereigns, and debt slaves to the state corporations and the UNITED STATES corporation.”

A “real inauguration” of Trump fits perfectly into the Q mythology as a massive event that would alter the course of American history, the same way mass arrests would have. When it happens is secondary to the fact that it will happen. Dates, or at least hints of dates, are thrown out and replaced by new dates or hints of dates, and the prophecy goes on. Even though the actual content of the prophecy has changed, as it must, the belief that something big will happen at some point soon has never wavered. Q believers have stuck to this since the moment the Q poster first started making their cryptic “drops” on 4chan and they won’t turn back now.

Nothing Q’s ever posted has been correct. But that hasn’t mattered, because there’s always been a backdoor built in. When the proclaimed arrest of Hillary Clinton never happened, Q explained it away, saying “disinformation was necessary.” In the lead-up to the 2020 election, Q was insistent Biden would never be president and the only way it could happen was if he cheated. Q’s “secret information” revealed that Biden was a feeble shell being hidden away in a basement, protected by the coronavirus lockdown and media complicity.

Meaning there’s still “hope” that can be thrown out there to followers.

The movement practically demands it. There always needs to be a next. So Q promoters will grab onto the idea of Biden being the fake president and come up with dates based on conspiracy theories or pure wishful thinking: dates like March 4. Then when they pass with nothing taking place, they’ll move the date of the prophecy being fulfilled to another day. Maybe it will be May 5—Q has used the military lingo “5:5,” meaning “loud and clear,” in a number of drops. Maybe it’s July 1—7/1 on the calendar, reversed to 17, with Q being the 17th letter of the alphabet. Maybe it’s something else entirely.

After three years, Q’s prophecies are immune to failure, logic, and common sense. The details of them don’t matter—only that they will come true at some point. If Q’s biggest promoters say Joe Biden won’t be president, then nothing—not even Joe Biden currently being president—will stop the belief.