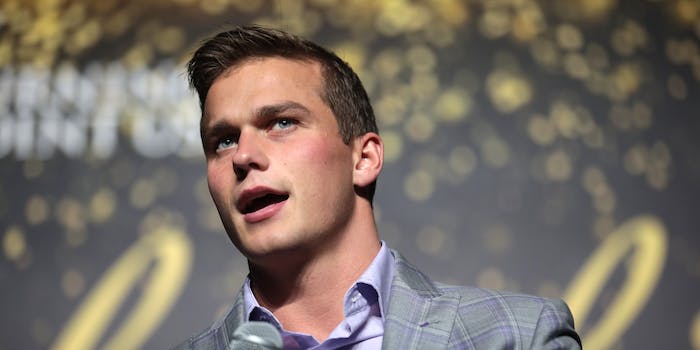 Unfortunately for Cawthorn, or whoever wrote the speech for him, Jefferson didn’t say that. John Adams did.

CNN reporter Daniel Dale pointed out that this isn’t the first time Cawthorn has gotten something wrong.

“In the last 10 months, Cawthorn has wrongly said in a speech that James Madison signed the Declaration of Independence, wrongly said Congress voted to have Lincoln issue the Emancipation Proclamation, and now in another speech attributed a famous John Adams line to Jefferson,” Dale tweeted.

Eric Gash, a Democrat who is running against Cawthorn, was among those who paraphrased the quote to roast him. “It was actually John Adams, but hey, facts are stubborn things,” Gash tweeted.

Within minutes of Cawthorn’s mangled quote, Twitter users were merrily roasting the youngest member of Congress, whose early months in office have featured stories about him lying about visiting Hitler’s house, fighting trees, lying about competing in the Paralympics, and generally getting things embarrassingly wrong.

As the mockery picked up steam, the discourse evolved into memes.

Cawthorn isn’t what one would call a student of history. As the Asheville Citizen-Times reported last summer, Cawthorn attended a semester of college and earned mostly D’s.