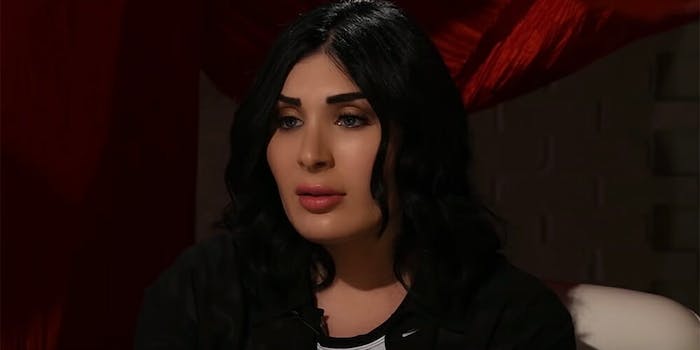 An internet troll may be at the center of all this.

Right-wing activist Laura Loomer filed a lawsuit on Thursday against both Twitter and the Council on American Islamic Relations (CAIR) regarding her ban from Twitter.

Loomer was permanently suspended from the platform in November 2018 after making anti-Muslim remarks about Muslim Rep. Ilhan Omar (D-Minn.), according to Big League Politics.

The lawsuit alleges that Twitter and CAIR conspired with each other to have her banned.

“(CAIR)… acted in concert and conspired with defendant Twitter, Inc. (‘Twitter’) to cause her to be banned, and prevented her from making a living through the use of, the majority of social media platforms,” the lawsuit reads.

The lawsuit also cites several other platforms Loomer has been banned from, including Medium, PayPal, Venmo, Uber, Uber Eats, Lyft, GoFundMe, and Teespring.

In January, the Wall Street Journal reported that CAIR met with Twitter to push for Loomer’s ban from the platform, but the whole thing may have been a flub. Right Wing Watch uncovered an elaborate scheme by internet prankster Nathan Bernard in which he may have set Loomer up to believe the two entities were working together to have her banned.

CAIR representatives have said the meeting with Twitter never happened and that they only flagged Loomer’s tweets as offensive—a function available to all users.

Loomer never believed she was pranked, calling the development a “fake news alert” and Right Wing Watch “sociopathic liars” on Instagram in response.

“Ilhan is pro Sharia Ilhan is pro- FGM Under Sharia homosexuals are oppressed & killed. Women are abused & forced to wear the hijab. Ilhan is anti Jewish,” Loomer tweeted at the time.

The lawsuit called Twitter’s claim that Loomer was banned on the basis of violating its terms of service “implausible.”

“(Twitter’s terms of service) are not only vague but are applied with so selectively and in such bad faith that they are meaningless except for purposes of providing Twitter with a pretext for wrongful, bad faith conduct such as is alleged here,” the lawsuit says.